Choose one Kindle book each month for £0.99 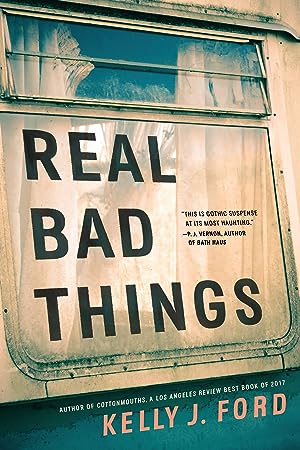 3.9 out of 5 stars (343)
SHOP NOW
£0.99 (Save £2.00)
When Jane Mooney fled to Boston from Maud Bottoms, Arkansas, twenty-five years ago, she left behind her brother, her girlfriend, and a confession to the murder of her stepfather, Warren. She hoped that she could start again.

And for a time, she did. At least until they found Warren’s body.

Now, the secrets Jane thought she’d buried have bubbled to the surface like Warren’s bloated and—she’d hoped—forgotten corpse. And she’ll stop at nothing to ensure that, this time, there are no mistakes, that she goes away for the crime...regardless of what the evidence might say.

Kelly J. Ford’s stunning suspense feels like someone combined the beautiful prose of Patricia Highsmith’s The Price of Salt with the troubled themes of Gillian Flynn’s Sharp Objects and then gave it an urgent and aching heart that you want to embrace and protect. I hope you enjoy this beautiful and immersive read as much as I did. 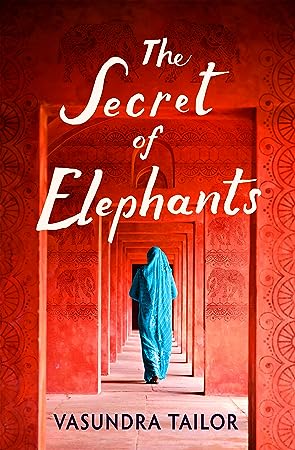 4.5 out of 5 stars (84)
SHOP NOW
£0.99 (Save £2.00)
The Secret of Elephants reminded me that in life we make a million decisions and from them come infinite possible outcomes. For example, one day you change your commute only to bump into a long-lost love, or you take in the “annoying” neighbor’s package only to discover a new friend. It takes one small alternation for your whole life to go in a different direction...

We meet the heroine, Nirmala, as she cradles her sick young son, overshadowed by the majestic Suparna Mansions, her father’s rightful inheritance and yet now home to her cruel aunt. But when a mysterious letter arrives unlocking a decades-old family mystery, Nirmala is sent on a journey from the bustling streets of India to the vast open plains of Zimbabwe. She thinks this is the perfect chance to heal a wrong that has left long scars on her family tree—until she discovers the truth. Does Nirmala have the courage to reveal it, especially when it may hurt those she loves and cause more damage after a lifetime of pain?

This book is a reminder that we are all so much more than the parts we show to the world. Sometimes all it takes is choosing to deviate from our everyday, like Nirmala does, and we might just have the opportunity to change our life forever. 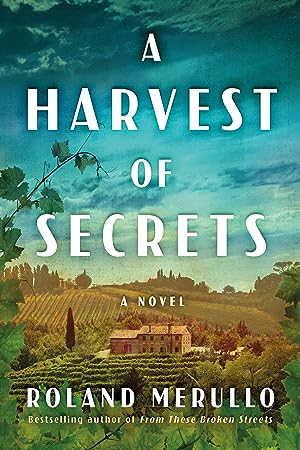 4.4 out of 5 stars (369)
SHOP NOW
£0.99 (Save £2.00)
As a self-professed history nerd, I look to fiction set in the past as a way to better understand my present. Roland Merullo’s luminous Harvest of Secrets focuses on the complicated realities of wartime. This story of lovers Carlo and Vittoria, separated by both class and war in 1943 Italy, has us ask ourselves what we would do in the face of tyranny.

While the vineyard grapes Carlo so tenderly cared for begin to wither while he’s away at war, Vittoria, the vineyard owner’s daughter, joins a resistance not just against Mussolini and the Nazis but her father as well. As she risks her life for what she believes is right, an injured Carlo works his way across the battered country in hopes he’ll find his love alive, no longer willing to fight a madman’s war.

When there’s a battle between a love of power and the power of love, victory isn’t always just about the outcome but also what side we choose. I haven’t stopped thinking about this book since I read it—it has opened my mind and heart, and it’s a gift I can’t wait to share. 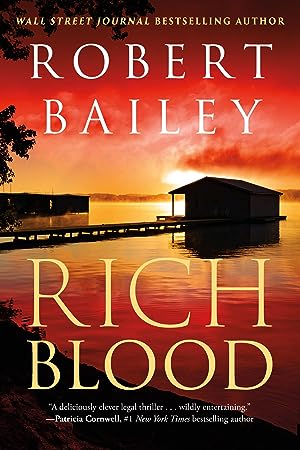 4.4 out of 5 stars (1192)
SHOP NOW
£0.99 (Save £2.00)
Better Call Saul meets Greg Iles in this incredible series starter from Wall Street Journal bestselling author Robert Bailey. Jason Rich is one of those rare characters who’s both flawed and captivating. I couldn’t stop reading as I followed him through the incredible twists and turns this story took.

Billboard attorney Jason Rich has built himself a prominent personal injury practice. He prides himself on settling cases and never going to trial, but when his sister, Jana, is accused of murdering her husband, he returns to his hometown to represent her—a person he’s kept at arm’s length for years. Jana is manipulative and cruel, and made most of Jason’s life miserable. Personal feelings aside, it’s his job to follow the facts of the case, and right now, all the evidence points at her.

But Jana is his family, and Jason’s going to do his best to protect her. He may not like his sister, but when push comes to shove, he’ll defend her until the end. After all, blood is thicker than water. 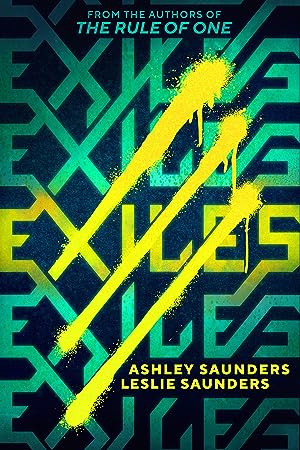 3.9 out of 5 stars (112)
SHOP NOW
£0.99 (Save £2.00)
Technology has, for better or worse, become part of our daily lives. It seems, as we progress as a species, that tech is only going to become more pervasive, and essential. I’ve heard it said that technology, like magic perhaps, is neither good nor evil, but only becomes so in the heart of the user. This fundamental idea is the basis of this new near-future thriller by twin sister writing team Ashley and Leslie Saunders.

In an earthquake-ravaged future Los Angeles, twins Crys and Jade exist on opposite sides of the hyperloop tracks. As orphans, the sisters were both taken in by a rich entrepreneur, part of his private experiment in helping disadvantaged youth. But disillusioned Jade broke out, leaving Crys to live the lonely life of a sparkling socialite. When a student at Crys’s elite academy is murdered, however, the twins are brought together again—this time to solve the crime. There’s another resource besides his exorbitant wealth that Crys’s adoptive father has been using to improve his students’ lives, and Crys and Jade need to figure out what’s been done to them before it’s too late to save anyone else.

Combining a smart, timely commentary on who gets access to lifesaving technology, an examination of class structures, and an exploration of coming of age and finding where you belong, Ashley and Leslie Saunders’s novel is, at its core, an edge-of-your-seat summer adventure. Strap yourself in for a roller-coaster ride! 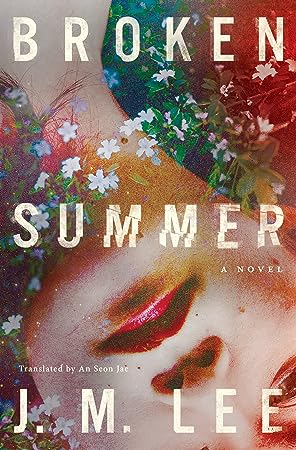 In fact, Lee had built his life on lies. Lies about whom he loved. Lies about his inspiration. Lies about a terrible crime. Now, his wife has disappeared, leaving behind a novel populated by his worst secrets, the things that could destroy everything.

What do you do if the person you thought you could trust ends up being just another part of the lie? What would you do to keep the past buried? Would you steal? Would you kill?

This intense, page-turning Korean thriller with echoes of Parasite and Minari will keep you guessing until the very end as you question the truths about your life...and wonder who has the power to destroy them. 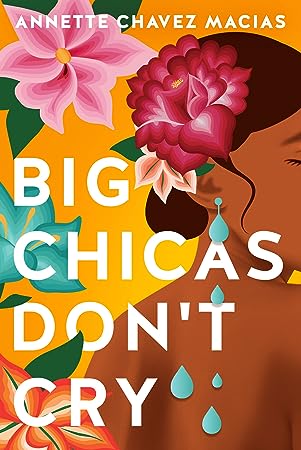 In Erica, I see the most adult version of myself, the version that allows my family and friends to depend on me. In Selena, I can see the carefree wild child I was in my twenties (who I still see glimpses of today)—slightly irresponsible, but with good intentions. With Gracie, I see the shy, awkward version of myself that will sometimes unexpectedly pop up, especially when meeting new people. And, finally, in Mari, I see the disillusion of what the reality of the white picket fence can be.

Author Annette Chavez Macias, who has previously written romance novels under the pseudonym Sabrina Sol, delivers the book of her heart. The book that she worked on for years and put every part of her soul into. Designed to make you laugh and cry, this story could be described as a Latinx This Is Us , and, if family is important to you, then you’ll love getting to know these women as they share their ups and downs, laughs and loves, and even grief. But these best friends might just manage to get through the hardest of times as long as they put aside their differences and stick together. 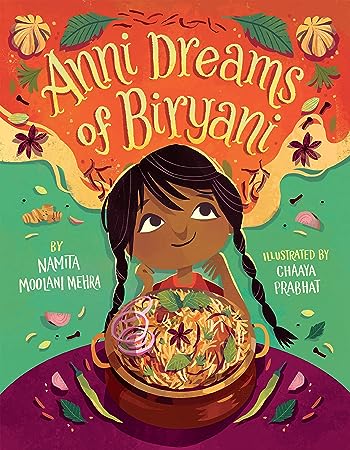 4.6 out of 5 stars (86)
SHOP NOW
£0.99 (Save £2.00)
Who better to write a children’s book about a cooking-obsessed girl than an author who was one? And who better to illustrate a book about a girl’s love of biryani than an Indian illustrator who just happens to be completely head over heels for the dish? Debut picture-book author Namita Moolani Mehra is a foodie, a cookbook author, and owner of Indian Spicebox, a social-impact business that helps fund hot meals for underprivileged children in India. In Anni Dreams of Biryani , she continues to share her love of Indian food with the world with a story that any young cook or food-lover can enjoy. And artist Chaaya Prabhat’s love for biryani really shines through in the illustrations—it’s a feast for the eyes!

The story follows the antics of Anni, a young girl and budding chef with a big dream: to one day open her own café. She’s obsessed with the biryani from the café across the street and goes on a mission to uncover the secret recipe. With determination and heart, Anni rolls up her sleeves and gets to work, cooking away and snooping around the kitchen. While things don’t exactly go as planned, Anni proves that sometimes dreams really do come true. I hope you and your little ones will dig this plate of food-filled fun and get inspired to cook your own favorite dishes!