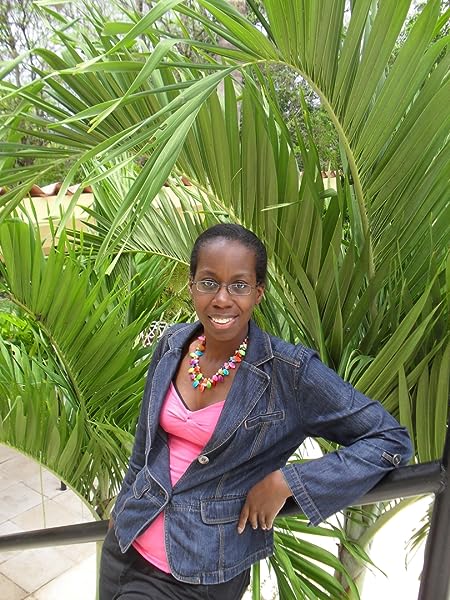 by Rachel Woods (Author)
4.1 out of 5 stars 22 ratings
Book 3 of 4: A Palmchat Islands Mystery
See all formats and editions
Sorry, there was a problem loading this page. Try again.
Note: This item is eligible for FREE Click and Collect without a minimum order subject to availability. Details
Pick up your parcel at a time and place that suits you subject to availability. How to order to an Amazon Pickup Location? Learn more

After a night of drinking, a young woman just wants to go home and straight to bed.

Before she can open the door her house, she collapses on the front porch.

At the hospital, doctors believe she had too much to drink, and will be fine.

But in the middle of the night, she convulses and dies.

Journalist Vivian Thomas-Bronson doesn’t believe the young woman’s death was an accidental overdose from a powerful painkiller. The hospital staff’s conflicting stories raise doubts, but the young woman’s shady past is more suspicious.

Along with her husband, Leo, Vivian discovers the young woman’s dangerous secrets might have gotten her killed. As they search for the truth, Vivian and Leo come across several suspects. But if they aren’t careful, they could find themselves in the way of a killer’s vengeance.

You Will Die For This is Book 3 in the popular Palmchat Island Mystery series but can be read as a standalone.

Note: This book is an updated and revised version of the previously published "The Vengeful Caller."

School Books
From pre-school to A-levels, find School Books for all ages Shop now
Start reading You Will Die For This (A Palmchat Islands Mystery Book 3) on your Kindle in under a minute.

Cath McTernan
4.0 out of 5 stars Murder and Mystery on a Small Island
Reviewed in the United Kingdom on 6 October 2018
Vivian and Leo are running the small island paper, whilst Leo’s father is recovering from a heart attack. Leo’s father wants his son to take over his newspaper empire and has Vivian promise to help him, hopefully keeping Leo away from Africa and the dangers there, whist covering up his father’s actual recovery. While on a night out with her close friends, a strange phone call and an island girl, Phoebe, having a fall, Vivian ends up accompanying Phoebe to the hospital for a broken arm and overhears something she shouldn’t.

She is concerned about the care Phoebe may receive and is shocked to find out the girl died later that night. The hospital say is was an accidental morphine dose, but from what Vivian had already overheard and now this, she thinks it’s murder. She and some of the reporters on her team, set out to try and find out the truth. They find out that Phoebe had a shady past and a possibly dangerous accomplice/boyfriend.

There is reference to a certain ‘vengeful caller’, from the title and that leads them all in different direction as there are several potential suspects. The hospital has ordered its staff not to talk to the reporters. Who is willing to talk and who is telling the truth, will get them closer to the final suspect. But the closer Vivian gets, the closer she is to getting in the way of the true killers vengeance.

An exciting and not overly long read, which just took up part of a morning. The book also covers things such as guilt, whether that be for something you have done, or more something you are keeping secret or stopping someone else to pursue. That put a good spin on the feeling of guilt and how it can manifest. The main characters are enjoyable and you get to learn a good amount about them. There are enough dead bodies, twists and turns to keep you wondering what might happen next. The actual suspect is not who you might expect and makes a good ending.

I would certainly read some more books by this author, hopefully a bit longer, so they can go into more depth with characters and plotlines. This was a fine book to read, whilst whiling away part of a day and was easy to do so. I received an ARC copy of this book from Hidden Gems and I have freely given my own opinion of the book above.
Read more
Helpful
Report abuse

Lolah
4.0 out of 5 stars An excellent murder mystery with a twist of romance
Reviewed in the United Kingdom on 21 July 2018
This is the second book in the Palmchat Islands Mysteries series, and it's as full of twists and turns, thrills and spills as the first. I won't go into the story as it's available in the book blurb and I hate spoilers, but I will say that the one negative thing about the book for me is that the ongoing secret Viv is keeping from Leo is constantly bandied about through this book. It was very frustrating (hence the 4* for an enjoyable read)! But otherwise it's an excellent story and I'd definitely recommend it to anyone who likes a good murder mystery, especially with a twist of romance. Can't wait to see what the author comes up with for book 3!
NB I received a complimentary copy of this book, but I always give an HONEST review based wholly on my own opinions
Read more
Helpful
Report abuse

Karen Galloway
5.0 out of 5 stars A Great Read
Reviewed in the United Kingdom on 9 June 2018
I voluntarily reviewed an arc of this book. A good book from Rachel Woods. It is a really enjoyable, interesting, well written book. This was an Engaging, Page Turner, I couldn’t put down. The characters have good chemistry and interaction and were great to read about, they pulled me into their story. This is an Entertaining, Must Read Book that I really enjoyed reading.
Read more
Helpful
Report abuse

Tanyawriter
5.0 out of 5 stars Death
Reviewed in the United Kingdom on 15 June 2018
She agreed to go out after a long day at work but with the drink flowing she ends up in hospital with a broken arm. Her friend is dead but she can't believe what they are saying. Her friends past is hidden but they will find out what and why she died
I received an advanced copy and I enjoyed it so much that I want to review
Read more
Helpful
Report abuse
See all reviews