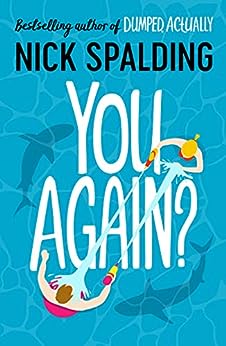 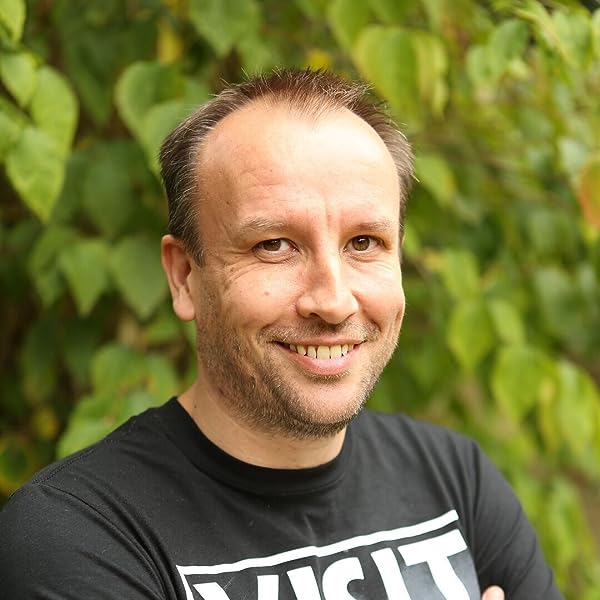 by Nick Spalding (Author) Format: Kindle Edition
See all formats and editions
Sorry, there was a problem loading this page. Try again.

From the bestselling author of Dumped, Actually comes a hilarious, heartfelt story about marriage, divorce and what the hell happens next.

Amy and Joel’s honeymoon in the Maldives was the perfect week of love, sun, sex and a free minibar…but unfortunately, it was also the high point of a marriage that quickly descended into an absolute disaster zone.

Eight years on, they’re back in paradise, trying to recreate the magic with new partners. What a crying shame they’ve picked the same week to do it…

Trapped together on an island small enough to spit across with the wind behind you, Amy and Joel pick up right where they left off: at total loggerheads. And so begins a hideous week of rivalry, one-upmanship and score-settling—as each tries to prove they’ve now comprehensively won at life.

The thing is, hurt and pain are strongest where there was once love. And what if being back in this island paradise, with all its wonderful memories, sets sparks flying in more ways than one?

Nick Spalding is the bestselling author of sixteen novels, two novellas and two memoirs. Nick worked in media and marketing for most of his life before turning his energy to his genre-spanning humorous writing. He lives in the south of England with his wife.

Nick Spalding is an author who, try as he might, can't seem to write anything serious.

Before becoming a full-time author, he worked in the communications industry, mainly in media and marketing. As talking rubbish for a living can get tiresome (for anyone other than a politician), he thought he'd have a crack at writing comedy fiction - with a very agreeable level of success so far, it has to be said. Nick has now sold over two million books - including over a million books sales with Amazon Publishing alone. This flabbergasts him every single day.

Nick lives in the South of England with his lovely (and extremely patient) wife. He's now in his mid forties - and is rather annoyed at the universe about it, because it gave him no choice in the matter. He's also addicted to Thai food, still thinks Batman is just about the coolest thing on Earth, and has a dreadful singing voice.

Find out more about Nick and his books at www.nickspalding.com

Amazon Customer
5.0 out of 5 stars Beanbag!
Reviewed in the United Kingdom on 26 August 2021
I laughed out loud, sometimes till I cried! I wanted to save this till my holiday but I knew I wouldn't be able to wait and I'm not sorry that I failed. I am a huge fan of Nicks and have all of his books on my kindle, this one certainly didn't disappoint. The beanbag had me crying, the dugong and descriptions of the water bungalows made me desperate to go to the Maldives and finishing this book made me crave the next one. Bravo Mr S you've done it again.
Images in this review

Amazon Customer
2.0 out of 5 stars So many words!
Reviewed in the United Kingdom on 31 August 2021
Verified Purchase
I don't know if it's because I've not read much by this author previously (and so not used to his style) or if it's that I didn't particularly like any of the characters but it was so hard to get into this book! All the leads were immature to the point of ridiculous and without any redeeming qualities between them. And perhaps I'm just not used to Spalding but so many unnecessary words! The characters just go off on mind tangents that have me skipping page after page. Anyway, if you're a fan of this author you might enjoy this book. Otherwise, there's very little hope.
Read more
21 people found this helpful
Helpful
Report abuse

Jcloth
VINE VOICE
1.0 out of 5 stars Adolescent 30 somethings
Reviewed in the United Kingdom on 25 January 2022
Verified Purchase
This is presumably classified as a humorous novel, but if you like your humour tongue in cheek, clever and subtle a la Lecarre, Dickens or Jonasson, this book really isn’t for you. It’s about as subtle as a sledgehammer and its apogee of intellectuality is an extended poo joke. Now, I readily accept that I’m a generation or two behind the target one for this abysmal novel, but if that involves appreciating taste and wit then I’m rather glad I am. The plot, such as it is, revolves around a semi-articulate divorced couple who encounter one another on a Maldives holiday a few years after their acrimonious separation. Although in their late thirties, the couple seem to have made little emotional progress since they were 14 and neither appears to be able to manage a sentence with less than 3 f-words in it. The lightweight and predictable plot has the intellectual depth of an episode of Teletubbies and the humour is juvenile. The book is crass, unfunny and tasteless, but, if that’s your bag, go for it
Read more
16 people found this helpful
Helpful
Report abuse

Mummykcb
5.0 out of 5 stars Another fantastic read
Reviewed in the United Kingdom on 20 August 2021
Verified Purchase
You Again is another great installment featuring Joel Sinclair. He's really a great character, and always unlucky. Set in the beautiful Maldives, this book will have you howling with laughter, but also feeling other emotions along the way. Yet again Nick Spalding cleverly pulls on the heartstrings of his readers. Its a book that is hard to put down.
Read more
7 people found this helpful
Helpful
Report abuse

Jo S
2.0 out of 5 stars Immature humour and repetition
Reviewed in the United Kingdom on 5 September 2021
Verified Purchase
Read all of this authors books. This was the worst so far. Ive been to the Maldives and it was lovely to picture the sea and beaches as described in the book, although Ive never heard of a rowdy karaoke on a Maldivian island. I just found the humour quite juvenille and very predictable for Nick Spalding. Bowel movements feature far too often. I was also immensely irritated by the same point being repeated over and over again using different words. There seemed to be a lot of page fillers. Very disappointing.
Read more
6 people found this helpful
Helpful
Report abuse

Petarnott
VINE VOICE
5.0 out of 5 stars Brilliant read by Nick Spalding again
Reviewed in the United Kingdom on 7 October 2021
Verified Purchase
I've read probably all of Nick's books and this one is just as hilarious as most others. It's about a split up couple, who used to work together but both have new partners and unknown from each other, have booked a trip to a far away island with their partners. All kinds of situations happen, but they keep bumping back into each other. Due to a major mistake which they blame on each other, they split up but during the trip it becomes clear that it wasn;t one of them but the guy's new partner. This then causes a new row, and then the girlfriend leaves the guy and the guy gets offered a job working for the new partner of his ex girlfriend. Ideal to read on holiday or if you just want a quick pleasurable read with a good plot.
Read more
3 people found this helpful
Helpful
Report abuse

Laura
5.0 out of 5 stars Beanbag!
Reviewed in the United Kingdom on 26 August 2021
Verified Purchase
I laughed out loud, sometimes till I cried! I wanted to save this till my holiday but I knew I wouldn't be able to wait and I'm not sorry that I failed. I am a huge fan of Nicks and have all of his books on my kindle, this one certainly didn't disappoint. The beanbag had me crying, the dugong and descriptions of the water bungalows made me desperate to go to the Maldives and finishing this book made me crave the next one. Bravo Mr S you've done it again.
Read more

5.0 out of 5 stars Beanbag!
By Laura on 26 August 2021
I laughed out loud, sometimes till I cried! I wanted to save this till my holiday but I knew I wouldn't be able to wait and I'm not sorry that I failed. I am a huge fan of Nicks and have all of his books on my kindle, this one certainly didn't disappoint. The beanbag had me crying, the dugong and descriptions of the water bungalows made me desperate to go to the Maldives and finishing this book made me crave the next one. Bravo Mr S you've done it again.
Images in this review

kathskindle
5.0 out of 5 stars Laugh-out-loud with real pathos
Reviewed in the United Kingdom on 21 August 2021
Verified Purchase
Another Spalding classic! Nick is an author who writes so incredibly well about the painful, wonderful, humdrum, exciting lives of people you can relate to. Devoured in one sitting, You Again served up proper roll-down-the-cheeks tears of laughter and then of empathy. If you enjoy reading something funny with a twist, then this is the book for you. One thing though, never eat bolognaise by moonlight.....
Read more
3 people found this helpful
Helpful
Report abuse

Jaye22
4.0 out of 5 stars *Misinterpretation of Love*
Reviewed in the United Kingdom on 3 November 2021
Verified Purchase
A successful couple Joel and Amy work well together and get married and honeymoon on a beautiful island in the Maldives. All goes well until a disastrous missed very important meeting results with Amy getting sacked and Joel being kept on. Soon follows an acrimonious divorce that virtually breaks them both Amy blames Joel and vice versa.

Fast forward a few years later they both have new partners and they want to recreate their own memories of the small beautiful island in the Maldives. One glitch they end up there with their respective partners at the same time and in their apartments are next to each other

There are some funny and silly moments with both Amy and Joel trying to get one up on each other.

Then things come to a head. Secrets come out and Joel and Amy’s eyes are suddenly opened….