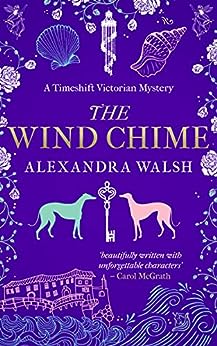 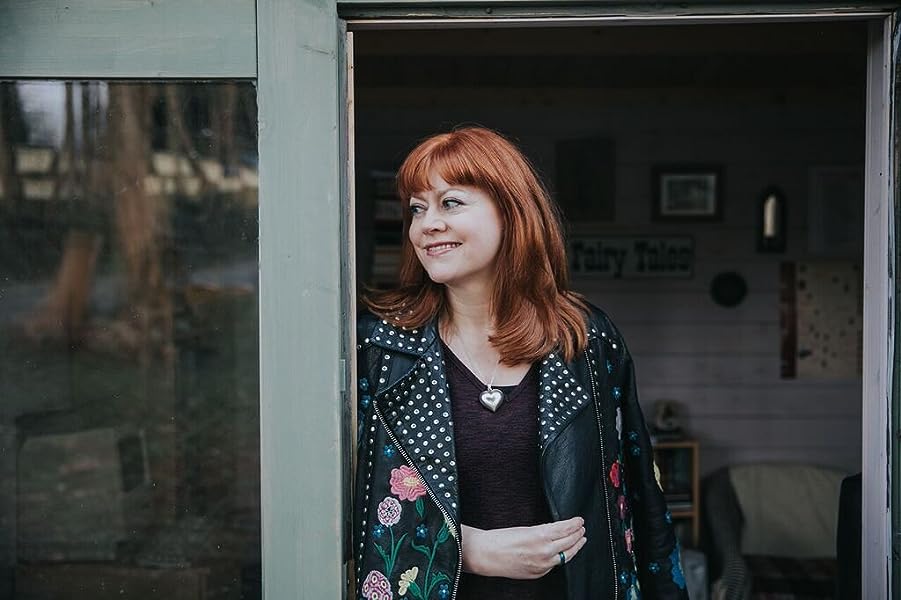 by Alexandra Walsh (Author) Format: Kindle Edition
Book 1 of 2: Timeshift Victorian Mysteries
See all formats and editions
Sorry, there was a problem loading this page. Try again.
A timeshift mystery that will grip you from the first page to the last! Perfect for fans of Sarah Burton, Stacey Halls, Jessie Burton and Kate Mosse.

Every family has their secrets…

Amelia Prentice is recovering from the worst two years of her life. First her daughter and then her parents have died, leaving her without any surviving relatives. As she gets ready to put the family home, a vast Victorian house in Windsor, on the market, she fulfils her mother’s last request to clear out the attic, and she discovers a strange box of Victorian photographs.

The photographs are of a large estate in Pembrokeshire called Cliffside, and they feature the Attwater family. When Amelia uncovers the diaries of Osyth Attwater, she realises the family had tragedies of their own…

Every summer the Attwater family gather at Cliffside to tell each other stories. The youngest in the house is Osyth, a dreamer and writer who waits eagerly every year for the wind chime in the garden to signal the arrival of her relatives. But her happiness is shattered when she overhears a conversation that tears her world apart.

Raised by her grandparents, she believed her mother, Eudora, had died. But it seems that may not be the case. Desperate to find out the truth, Osyth decides to unravel her family’s secrets. But what she discovers will shock her to her core…

What did Amelia’s mother want her to find out about the Attwater family? Who is Eudora, and what really happened to her?

And how is Amelia connected to it all…?

THE WIND CHIME is an enthralling timeshift novel set between the Victorian era and the modern day: past and present entwine to create a thrilling page-turning historical mystery.

‘Silver chimes and coral shells haunting past and present in this beautifully written novel containing echoes of Welsh fairy lore along with Victorian asylums, and a travelling circus. It's gripping with unforgettable characters.’ – Carol McGrath

From tales spun for her teddies when she was a child (usually about mermaids) to film scripts, plays and novels, Alexandra Walsh has always been a storyteller. Words are her world. For over 25 years, she has been a journalist writing for a wide range of publications including national newspapers and glossy magazines. She spent some years working in the British film industry, as well as in television and radio: researching, advising, occasionally presenting and always writing.

Books dominate Alexandra’s life. She reads endlessly and tends to become a bit panicky if her next three books are not lined up and waiting. Characters, places, imagery all stay with her and even now she finds it difficult to pass an old wardrobe without checking it for a door to Narnia. As for her magical letter when she was 11, she can only assume her cat caught the owl!

Alexandra’s other passion is history, particularly the untold tales of women. Whether they were queens or paupers, their voices resonate with their stories, not only about their own lives but about ours, too. The women of the Tudor court have inspired her novels. Researching and writing The Marquess House Trilogy (Book One: The Catherine Howard Conspiracy) has brought together her love of history, mysteries and story telling.

Kilbaddy
4.0 out of 5 stars All is not as it seems where the house on the cliffs remains the keeper of secrets.
Reviewed in the United Kingdom on 7 July 2021
Verified Purchase
This rattling story switches between two periods, the present and late Victorian times, and two venues, Windsor and Pembrokeshire and the call of the wind chime summons scattered members of a large and diverse family together in the early summer of each year. Mysteriously, the sound is not heard by everybody, but it forms a delicate leit motif throughout the story. When her mother dies, 21st century Amelia is already grieving for her daughter, but is forced out of her depression by her mother’s box of mesmerising mementos, including a photograph of a young girl who looks just like her lost daughter, and she also inherits a row of cottages in Wales she knew nothing about but which carries an unusual covenant covering its future disposal. The explanations, when finally arrived at, are intriguing and, on the whole, credible. This is a family of complex inter-relations which are at first puzzling to the reader but which become clearer - and more controversial - as Amelia digs into what turns out to be her own family’s contorted and sometimes secretive history.
The narration is swift and full of action and emotion, in fact high drama in places. The often surprising twists in the plot are driven by Amelia’s discoveries in various archives and the large character list contains clearly drawn and distinctive individuals who reflect the diversity of society, especially in the Victorian period. An alternative title could well have been The Lunatics’ Ball, as some of the core plot motivation is the handling of mental illness during the 19th century and the attitudes held then which contrast hugely with today’s.
The note for the reader is unusually interesting. It describes the gestation of the book, outlining how the elements of the plot were drawn together, with much of the detail coming from the author’s own family history and background experience as well as her historical research. As she describes the coincidences she uncovers, it puts into context the coincidences within the plot of the book. This is a pacey enjoyable read, spoiled only occasionally by poor proof-reading. I read this in e-book format where errors can creep in, but it brings a dropped star. Both in the addendum and in the book itself, however, the ruling force which keeps the families together in spite of much apparent deception is love, respect and support of each other; it is for these qualities that the magical wind chime calls, especially when they are sorely needed.
Read more
6 people found this helpful
Helpful
Report abuse

Go Buy The Book
VINE VOICE
4.0 out of 5 stars Beautiful, poignant book
Reviewed in the United Kingdom on 13 December 2021
Verified Purchase
After the death of her mother, Amelia Prentice is clearing out her attic when she finds a box of Victorian photographs. Depicting the Attwater family who resided at a Pembrokeshire estate called Cliffside, Amelia sets out to discover who they were. When she finds the diaries of Osyth Attwater, she finds her interest piqued even more.

Back in 1883, young Osyth overhears a conversation which shatters her world and leaves her wondering what other secrets her family has kept from her. What exactly did happen to Osyth’s mother and is there any link in the present day to Amelia?

I am a huge fan of the Marquess House series by Alexandra Walsh and was pleased to see that she had written another timeshift book, this time set in my favoured period of historical fiction, the Victorian age. The author captures the era perfectly and I particularly liked how it deals with some of the subjects that would have been taboo in that age such as mental illness and relationships outside of marriage.

Initially, I found myself favouring the sections written in the present day due to my love of all things genealogical but as the book progressed and I found myself understanding the complex family relationships of the family in 1883, I began to enjoy both eras equally. Osyth soon became a firm favourite and I admired her tenacity despite her reputation for being a bit of a dreamer.

The Wind Chime is a beautiful, poignant book written with sensitivity. I have already downloaded the next in the series, The Music Makers.
Read more
2 people found this helpful
Helpful
Report abuse

Michelle Rawlins
5.0 out of 5 stars Compelling & beautifully written read
Reviewed in the United Kingdom on 4 August 2021
Verified Purchase
I was excited by The Wind Chime as soon as I saw it advertised, and I can happily say it exceeded all expectations. I was instantly drawn to the main character, who after losing her parents and daughter, delves into her family history, as a way of helping her recovery, after being left clues about her heritage by her mum. The story moves seamlesly from the modern day to a hauntingly atmospheric Victorian Wales. I felt I was at Cliffside with the main characters as the mystery unravelled. I actually read the book while on holiday not far from where the novel is set, which was wonderful. As much as I wanted (needed) to know what the links between the past and present were, I also didn't want this book to end, as I became so captivated and drawn to the characters. A great read that feeds the soul. I'm so looking forward to the author's next book - The Music Makers - out later this year.
Read more
3 people found this helpful
Helpful
Report abuse

callie
4.0 out of 5 stars This is an entertaining dual timeline story
Reviewed in the United Kingdom on 7 July 2021
Verified Purchase
This is an entertaining dual timeline story. There is a large and gregarious family in Pembrokeshire in the 1800’s and Amelia in 2019 Windsor.
The wind chime began life in Wales and it has a magical feel to it for some of the family there. How is it now with Amelia in Windsor now?
The story moves effortlessly from one time to the other. There is magic, cruelty and madness in Pembrokeshire and Amelia has sadness to overcome before she can put the family links together and find love for herself.
This is the first in a series of these books by Alexandra Walsh and I am looking forward to the next one.
Read more
4 people found this helpful
Helpful
Report abuse

Fairyness
3.0 out of 5 stars Fine if you want a nice tale.
Reviewed in the United Kingdom on 27 September 2021
Verified Purchase
I was intrigued to read this as seemed right up my street. Although it is a tale enveloped in sadness from the start , nothing seemed to go wrong as the story went along.
The woven tales of the families got a little confusing to follow. The main characters in the story , apart from Kieran , all seemed to nicey nicey. Even when bad things happened it got explained away and everyone was OK with that. Especially for part of it being set in late Victorian England. I did love it was set in Pembrokeshire and the descriptive writing made me visualize surroundings easily.
I'm pleased Amelia got a happy ending though.
Read more
One person found this helpful
Helpful
Report abuse
See all reviews
Report an issue
Does this item contain inappropriate content?
Report
Do you believe that this item violates a copyright?
Report
Does this item contain quality or formatting issues?
Report