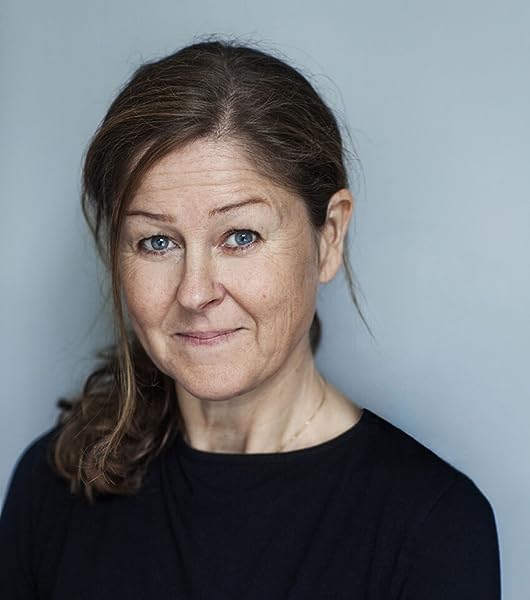 by Ingela P Arrhenius (Author, Illustrator)
4.8 out of 5 stars 52 ratings
See all formats and editions
Sorry, there was a problem loading this page. Try again.
Get any 2 for £7 Terms | Shop items
Promotion Message Buy 4, save 5% . | 1 promotion
Note: This item is eligible for FREE Click and Collect without a minimum order subject to availability. Details
Pick up your parcel at a time and place that suits you subject to availability. How to order to an Amazon Pickup Location? Learn more

Each title in this stylish series has five spreads with friendly characters to find behind colourful felt flaps.

In Where's Mrs Cat?, you're on the look out for Mr Goldfish, Mrs Dog, Mr Guinea Pig and Mrs Cat herself!

Lift the final flap and there's a surprise mirror - always a hit with the little ones.

"The felt flaps in this sturdy board book are perfect for little ones to turn and tug, which means you can get even the tiniest tot into books and finding the activity fun. Ingela Arrhenius' illustrations are a real bonus. They are bright and retro and sure to capture your baby's attention. A perfect book to share with very little ones." - BookTrust

Ingela P Arrhenius graduated from art school in the early 90s and has been working as an illustrator ever since. At first, she worked in advertising and magazines, but her focus over the past ten years has been on products and books.

Ingela has created patterns for fabrics, wallpaper and stationery, as well as packaging and home accessories. She has also collaborated with several toy producers around the world and her love of retro style, typography and colour is reflected in all her work. Ingela lives in Stockholm with her husband (an author) and two sons.

Tell the Publisher!
I’d like to read this book on Kindle

Art and design has always played a big part of Ingela’s life and before her career as an illustrator took off Ingela worked as an art director in Stockholm.

Ingela then moved on to study advertising and graphic design at an art school in Stockholm,

In 1992 Ingela set up her own business as a freelance illustrator working on an international level cross advertising, design, publishing and editorial work.

She’s been commissioned for creating children´s books, print patterns for fabrics, wallpaper, stationary as well as home accessories and toys.

Ingela’s books and designer toys are spread all around the world. She’s passionate about retro style in general which is clearly reflected in her work as well as her joy for typography and colour.

She lives in Stockholm with husband and two boys.

Liss
5.0 out of 5 stars Fun book!
Reviewed in the United Kingdom on 3 July 2022
Verified Purchase
Item as described. My friends one year old loved it
Read more
Helpful
Report abuse

Amazon Customer
5.0 out of 5 stars Brilliant first book
Reviewed in the United Kingdom on 3 April 2022
Such a well designed first book for babies. Every aspect has been well thought out from the images and text to the sturdy felt flaps with a surprise behind each. The mirror at the end where the baby will see themselves is a lovely idea.Given as a first birthday gift to stimulate and just ideal. I will be looking to buy more books in this series.
Read more
Helpful
Report abuse

A&Z
5.0 out of 5 stars As always great board book with flaps
Reviewed in the United Kingdom on 16 May 2022
Verified Purchase
Perfect for babies under 1 my baby boy is obsessed we collected 6 so far
Read more
Helpful
Report abuse

Sr3s 82
5.0 out of 5 stars Great books
Reviewed in the United Kingdom on 4 May 2022
Verified Purchase
My daughter loves these books. Highly recommended.
Read more
Helpful
Report abuse
See all reviews