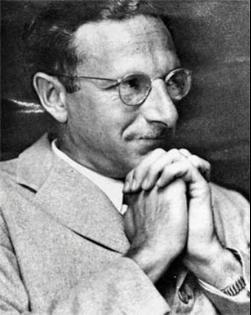 What Do You Say After You Say Hello: Gain control of your conversations and relationships Paperback – 4 Oct. 2018

by Eric Berne (Author)
4.4 out of 5 stars 384 ratings
See all formats and editions
Sorry, there was a problem loading this page. Try again.
Note: This item is eligible for FREE Click and Collect without a minimum order subject to availability. Details
Pick up your parcel at a time and place that suits you subject to availability. How to order to an Amazon Pickup Location? Learn more

AS RECOMMENDED BY PHILIPPA PERRY IN THE GUARDIAN:

Have you ever met someone who seems to get their way in every conversation they have? This book explains why. From the multimillion-bestselling author of GAMES PEOPLE PLAY and one of the godfathers of modern psychology, perfect for fans of Philippa Perry, Dale Carnegie and James Clear.

'More interesting and ambitious than his best-selling "Games People Play,"... the primary virtue of Berne's descriptions is... their comprehensibility and accessibility. Eric Berne has [offered] therapy to many thousands and [provided] advice and counsel to millions more.' - NEW YORK TIMES

What Readers are saying:
***** - 'This book changed my life; reading it helped me to identify the life scripts that I was unconsciously following.'
***** - 'With almost every page my understanding of human conversation improved by an insane amount.'
***** - 'If you want to communicate well and to understand yourself - and other people - better, you ab-so-lu-te-ly need to read Eric Berne.'

This book explains what makes the winners win, the losers lose, and the in-betweens so boring...

In it, Dr Eric Berne reveals how everyone's life follows a predetermined script - a script they compose for themselves during early childhood.

The script may be a sad one, it may be a successful one; it decides how a person will relate to his colleagues, what sort of person he will marry, how many children he will have, and even what sort of bed he will die in...

What Do You Say After You Say Hello? demonstrates how each life script gets written, how it works and, more important, how anyone can improvise or change his script to make a happy ending...

Dr Eric Berne, as the originator of transactional analysis, was always recognised as an important innovator in the field, but it was not until his Games People Play became an international bestseller that his methods achieved wide popularity.

In his writings, until his death in 1970, Dr Berne outlined the principles of his system in works such as Games People Play, A Layman's Guide to Psychiatry, Sex in Human Loving, and Principles of Group Treatment. Dr Berne was a practising psychiatrist in Carmel, California, and held many important posts in professional psychiatric organisations and clinics.

Start reading What Do You Say After You Say Hello on your Kindle in under a minute.

Jon Mitchell
5.0 out of 5 stars Not that hard to grasp, but read his other book "Games People" play first
Reviewed in the United Kingdom on 20 February 2021
Verified Purchase
Reading the first book "Games People Play" also by the same author, was a real game changer for me.
I was told about Transactional Analysis, the process of understanding communication, by a management consultant used by my business, as a tool to understand where communication breaks down between management and employees/team members... But right away I noticed that this process actually turned a light onto my understanding of problems we experience with communicating with customers, which really did peak my interest and spurned me onto buying this book!
So I delved deeper, and started to read "Games People Play", and with almost every page my understanding of human conversation improved by an insane amount.
It has allowed me to instantly spot "No win" conversations (or games) very quickly during a conversation, rather than finding myself after these conversations wondering where I had gone wrong, or how the other person could not understand the logic I was trying to explain.
It also helps with confrontations, either where the other person is being aggressive, but also identifying how my communication may be misinterpreted.
This book continues with this work and further explains many situations and conversations, which explain quickly where the two people are positioned, what is really driving what they are saying, how those conversations can go wrong, but also how they could be improved and go well.
The books also explain so many other parts of human nature, such as why sometimes when a someone will seem to be overly familiar we feel threatened, or even that the other person may have an alternative motive, but also why someone not showing us the usual amount of attention, may spark feelings of being shunned, rather than seeing the other causes and motives.
We really are a mad bag of emotions and chemicals as a species, but this book and the previous one really do unlock secrets of communication, and put us back in the driving seat of being in control of how we express ourselves and deal with other peoples emotions and motives.
Amazing book...
Having an extensive collection of books on the subject of business, marketing and psychology, I would say that "The Games People Play", "What we say after we say hello" and "The Chimp Paradox" are three books I would recommend that anyone with a casual or serious interest in what drives people, should have on their bookshelf.
Read more
18 people found this helpful
Helpful
Report abuse

London dweller
3.0 out of 5 stars Hard going but my script told me to finish the book
Reviewed in the United Kingdom on 26 November 2014
Verified Purchase
I have an interested layperson's interest in TA. For me it makes sense and would explain aspects of my life and those of others I know.

This was a good resume of the script or scripts that people follow. The writing style however is a bit laboured at times, with some concepts almost tenuously derived. Eg whether a patient is spincterised via the bottom, mouth etc. I'm not enough of an expert to refute or agree with this, however I couldn't see how this thought was arrived at in the context of the preceding text.

To conclude, I've learnt some new things and the book has provoked some interesting discussion, but it's been quite heavy weather.
Read more
16 people found this helpful
Helpful
Report abuse

Mr. N. J. Bolam
3.0 out of 5 stars Very tough read
Reviewed in the United Kingdom on 8 August 2011
Verified Purchase
I'm currently studying transactional analysis and this is one of the texts that of course it's founder Eric Berne wrote.

I wish I could write positive things about this book but I really can't - it's relevant in terms of the premise and there are parts which I have found useful but it such a difficult book to get into. The writing style is (in my opinion) overly pretentious, and as someone who is not un-intelligent, I often found myself reaching for a dictionary to understand what he was trying to convey... Also I personally did not like the comparisons with fairy tales, as for me this was unhelpful.

I'd recommend "Games People Play" by Berne much more than this as that is written in a more easily digestible style and I've personally taken a lot more from that book.
Read more
19 people found this helpful
Helpful
Report abuse

Hedda
5.0 out of 5 stars Interesting perspectives on earlier gestalt therapy
Reviewed in the United Kingdom on 18 May 2019
Verified Purchase
Intriguing and well-written book. Good quality of book even when second-hand. Good value for money.
Read more
One person found this helpful
Helpful
Report abuse

HopeFaith
3.0 out of 5 stars TA Theory
Reviewed in the United Kingdom on 19 June 2014
Verified Purchase
Bought for counselling study of transactional analysis: a staple text for this. Book size is a bit small for ease of reading, making it rather brick-like and hard to open. The pages are of poor quality paper, but then for the price, it's acceptable. Lower score for this rather than content.
Read more
One person found this helpful
Helpful
Report abuse

JaneinCornwall
5.0 out of 5 stars it's as good as ever
Reviewed in the United Kingdom on 9 March 2015
Verified Purchase
My previous copy fell apart and then was lost after many years of being used and borrowed. I expect this copy will suffer the same fate, it's as good as ever, time moves on but human nature does not change.
Read more
One person found this helpful
Helpful
Report abuse

Mr G
4.0 out of 5 stars A hard layman's read but worth the effort
Reviewed in the United Kingdom on 9 October 2011
Verified Purchase
After reading "games people play", I decided to delve further into transactional analysis this book certainly makes it possible for a greater understanding of how people structure their time and live in and out of their, often, confusing behaviour & lives.
Read more
2 people found this helpful
Helpful
Report abuse
See all reviews