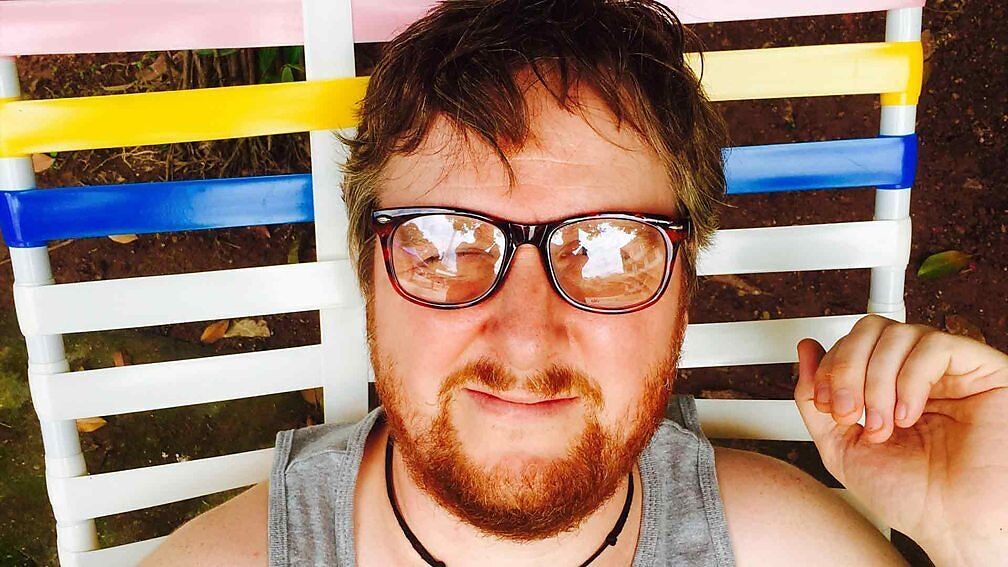 He Used Thought as a Wife: An Anthology of Poems & Conversations (From Inside) Paperback – 18 Feb. 2021

by Tim Key (Author), Emily Juniper;Emily Juniper (Illustrator)
4.8 out of 5 stars 291 ratings
See all formats and editions
Sorry, there was a problem loading this page. Try again.
Note: This item is eligible for FREE Click and Collect without a minimum order subject to availability. Details
Pick up your parcel at a time and place that suits you subject to availability. How to order to an Amazon Pickup Location? Learn more

This is a book from the depths of lockdown. When Tim Key got locked down last year he refocused his fitful rudderlessness into writing about the insane developments that were setting in. First he scribbled poems about events, or lack of them. And then he began to augment the poems with conversations. Phone calls, Zooms, yelled back-and-forths with passers-by. He scribbled these exchanges down. Sometimes verbatim, sometimes fabricated, often somewhere in between.

After three months of this madness he reached out to his long-time designer, Emily Juniper. She makes the written word look beautiful, and the two of them began collaborating to give their Lockdown a bit of purpose and colour.

The result is Key's fourth book, a sprawling account of three peculiar months in his bit of the UK; partly observed, partly lived, partly made-up. All easy on the eye.

Tim Key is a writer, actor and stand-up comedian. He won the Perrier Award in 2009 for his blend of stand-up and poetry and has been producing critically acclaimed live shows in the same vein ever since. He has written three books based in the world of poetry and humour to various degrees. He has made five series of his radio show - Tim Key's Late Night Poetry Programme - and released the fourth series last year on vinyl, with Emily Juniper providing the artwork. He has played Alan Partridge's sidekick for the past ten years. He has written two BAFTA nominated short films. He posts new poems on Instagram, and once we're back to normal he'll read them out in comedy clubs again.

"Utter" And Press was established by Emily Juniper in 2018. Emily is interesting in the intersection between live work and print, and regularly collaborates with Tim, who also enjoys this intersection. As with previous projects they've worked on together - playbooks, posters, playing cards - they have teamed up with Calverts, a printer in East London, to place the words onto paper, which, again has been selected by Emily.

Start reading He Used Thought as a Wife on your Kindle in under a minute.

Key has written four books and a deck of playing cards. His most recent book is 'He Used Thought As A Wife', a semi-autobiographical reflection on Lockdown One, told in conversations and poetry. Key also has a radio show, 'Tim Key's Late Night Poetry Programme'. He posts poems on Instagram and works as Alan Partridge's sidekick on the side.

Ginnel
5.0 out of 5 stars Best book of the pandemic. Pepys for 2020
Reviewed in the United Kingdom on 30 March 2021
Verified Purchase
I saw this in the Times non fiction list and yet to me it seems to me to be a fabulous fiction disguised as a journal. It is an epistolary collection of poems, prose and scripted dialogue. It is a funny, sad and wry look at a year told by Tim Key with his extraordinary skill and writing talent. I like the fact that the dialogues can be read as stand alone pieces and yet both ground and move the story on. I also suspect the dialogues, while rooted in reality, are like the author's reality in lockdown, somewhat exaggerated and certainly entertaining. You feel the author's claustrophobia and enjoy his fantasy escapades. You begin to feel close to the characters, the family and friends he cannot meet face to face in lockdown and who people the book and his mind. The short and often political poems often made me laugh out loud and they introduce a real pace and chronology to the book. The book is beautifully designed and good to hold. The kindle version, which I have also bought, does not disappoint. It maintains the quality of design and the stunning illustrative font. It can also have the font enlarged for my ageing eyes!
Read more
8 people found this helpful
Helpful
Report abuse

Joel
5.0 out of 5 stars Brilliant
Reviewed in the United Kingdom on 21 February 2021
Verified Purchase
This book is thoroughly delightful. I love the absurdities. I love the design. I've laughed out loud so many times. Just bloody love it really. Bought a second copy for my mum.
Read more
7 people found this helpful
Helpful
Report abuse

Jon C
5.0 out of 5 stars A MUST READ!
Reviewed in the United Kingdom on 15 April 2021
Verified Purchase
This book lingers on the mind long after putting it down. A great insight into 2020 lockdown and most readers should be able to relate to certain aspects contained within.

I seldom leave reviews but have bought a number of copies as gifts. Not only is the design and quality of the book itself wonderful but has been read by friends and family who would have quite easily overlooked such a publication. Buy it now you won't be disappointed!
Read more
3 people found this helpful
Helpful
Report abuse

Sewandsew
5.0 out of 5 stars I don’t mind it at all
Reviewed in the United Kingdom on 26 July 2021
Verified Purchase
What can I say about the author? He’s a solid gold legend and his book is a must-read. I don’t often read books twice, but I already know I will read this one multiple times. This book will become an important historical text in years to come.
Read more
3 people found this helpful
Helpful
Report abuse

G R.
5.0 out of 5 stars Insane Brilliance
Reviewed in the United Kingdom on 14 May 2021
Verified Purchase
Initially purchased for a friend but before handing it over I read a couple of pages and have now purchased it myself. I really think the book is a spot of genius from Tim Key, not only is it clever it is also beautiful put together and would make a handsome addition to any bookshelf
Read more
2 people found this helpful
Helpful
Report abuse

Peter v
5.0 out of 5 stars Tim key in print form
Reviewed in the United Kingdom on 5 July 2022
Verified Purchase
If you have heard Tim speak and don't read the character of Tim in his voice and mannerisms then you are missing out. The book is joyful but isn't all poems. It's about life during lockdown but as a normal citizen not a TV documentary. All the boring bits are there but stylised beautifully as the character of Tim has conversations over the phone or zoom about thw writing of the book itself
Read more
Helpful
Report abuse

pete the_dude
5.0 out of 5 stars One of the best books I’ve read.
Reviewed in the United Kingdom on 6 March 2022
Verified Purchase
Fantastically written book. I don’t think I’m a good enough writer to explain what it does so well. Some hilarious bits, plenty that made me sad when I remembered going through the same things. I’d highly recommend
Read more
Helpful
Report abuse
See all reviews