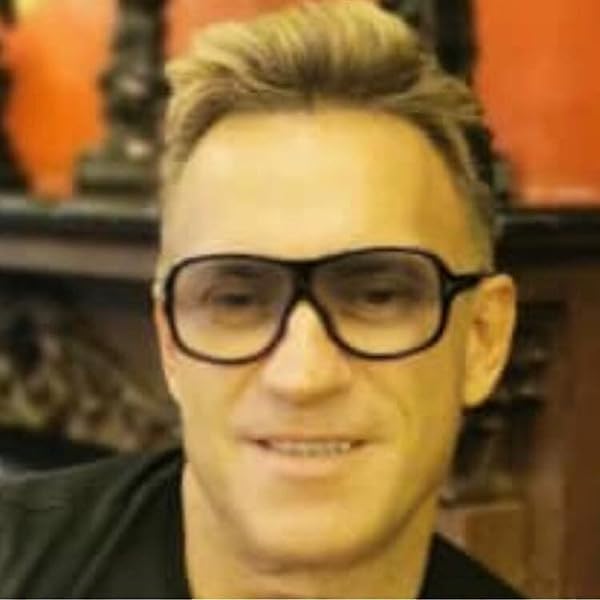 by Dr Gianfranco Conti (Author), Mr Dylan Viñales (Author), Ms Esmeralda Salgado (Author), Mr Roberto Jover Soro (Editor) & 1 more
4.4 out of 5 stars 9 ratings
See all formats and editions
Sorry, there was a problem loading this page. Try again.
Note: This item is eligible for FREE Click and Collect without a minimum order subject to availability. Details
Pick up your parcel at a time and place that suits you subject to availability. How to order to an Amazon Pickup Location? Learn more

The Spanish Verb Pivots book focuses on the present indicative, but also covers the immediate future, and gustar + infinitive (as well as 'verbs like gustar'). It is aimed at learners in the A1-B1 proficiency range. It was conceived both for classroom and independent use, whatever the method, setting or course, as it offers ample opportunities for practice through a wide range of activities designed to appeal to learners with a variety of cognitive styles and learning preferences.

It can be used to introduce the target verbs and associated grammar and lexicogrammar patterns to absolute beginners. It can also be useful if you teach lower-to-intermediate learners (years 9 to 11 in the U.K.) in order to consolidate, expand and deepen their mastery of those verbs and patterns. The latter learners, in our experience, are often able to master verb formation, but lack depth of knowledge, i.e. knowledge of verb collocations (which lexis the verbs partner with) and colligations (the rules which bind the verbs with what comes before and after them in a sentence).

Each macro-unit starts ‘small’ with the target verb being learnt within very basic sentence patterns and in the first person only. As each unit progresses the target verbs are modelled in sentence patterns which gradually increase in length and complexity. In order to enhance transferrability of learning and lexical depth, each verb is also practised with a variety of lexical sets. For instance, the verb Tener is practised with animals, classroom objects, clothes, physical description, emotional and physical states, age, etc.

Traditional grammar and lexicogrammar intersect throughout the whole book, as, in order for the learners to be able to become creative with each sentence pattern, they must also master the manipulation of the changeable items in each sentence such as verbs, adjectives, pronouns determiners, etc. The teaching of grammar arises organically from the need to enhance the generative power of each target sentence pattern – this is a major innovation of this book.

The book is very mindful of cognitive load. Hence, each instructional sequence gradually increases the cognitive challenge, with receptive activities in the initial section of each sub-unit paving the way for the productive ones located at the end and with each task priming the next. It goes without saying that the repeated processing and the constant recycling also makes it easier for the content to become effortlessly entrenched.

How can one supplement this book to enhance its impact?
Please note that this book is best used in synergy with language-gym.com and sentencebuilders.com. Both websites feature self-marking games and activities based on its content.
Read more
Previous page
Next page

Page 1 of 1 Start overPage 1 of 1
Previous page
Next page
Tell the Publisher!
I’d like to read this book on Kindle

Founder, owner and CEO of the leading language learning website The Language Gym, Gianfranco is an applied linguistics MA and PhD graduate with many years of classroom experience. He has taught Modern Languages for nearly 30 years at primary, secondary and university levels.

He has researched the impact of metacognitive strategies training and error correction on L2 essay writing under the supervision of Oxford University Professor Ernesto Macaro both during his PhD and a large-scale project in English comprehensive schools documented in Professor Macaro's 2001 book. In his current role as Visiting Fellow at the University of Reading, he has lexicogrammar acquisition, listening instruction, metacognition, error correction and learner autonomy as his main research interests.

Formerly head of languages at various schools in England and abroad where he has developed and implemented his instructional approach (Extensive Processing Instruction), he is currently a renowned and popular conference speaker and CPD provider very active in the UK, South-East Asia, Middle East and Australia. He delivers keynotes in major international events all year around, conducts over a hundred workshops for language teachers a year and visits as many schools, either to provide professional development or to help them improve their curriculum design and delivery.

His mission is to make current Cognitive Science and Applied Linguistics research available to the busy classroom practitioner and to translate it in implementable and impactful instructional strategies which make languages accessible for all.

He is well-known internationally for his teaching resources that have won him the TES Best contributor award and have been downloaded over 6,000,000 times by hundreds of thousand of teachers worldwide.

Gianfranco is also a prolific book writer. In the last five years he has co-authored with Steve Smith the best-selling handbooks for MFL professionals, ‘The Language Teacher Toolkit’, ‘Breaking the sound barrier: teaching learners how to listen’ and 'Memory: what every language teacher should know. His most popular book, "Breaking the sound barrier", lays out the principles of the language teaching method he has created, E.P.I. (aka: Extensive Processing Instruction), a usage-based approach which has been adopted by thousands of language educators worldwide.

He has also published the best-selling Sentence builders series of workbooks aimed at classroom and independent learning for beginner to intermediate learners of Spanish, French, German and Italian, based on 'EPI', co-authored with his former colleague Dylan Viñales, which has been currently adapted to Irish, Welsh, Dutch and other languages. He is also currently working on a series of revision books aimed at GCSE Modern Language learners, two of which have already been published, whilst German and Italian are still in the works.

Finally, he runs an influential blog on MFL pedagogy, The Language Gym (gianfrancoconti.com), which has won him several international awards.

Sarah Caroline
5.0 out of 5 stars A must have for MFL teachers!
Reviewed in the United Kingdom on 15 July 2022
Verified Purchase
I am so pleased with this book, I have three of the Sentence Builders books and love them so ordered this as soon as it was released - I follow the EPI method in my teaching and I am really pleased with this addition to my collection!
Read more
One person found this helpful
Helpful
Report abuse
See all reviews