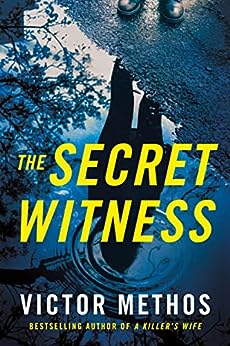 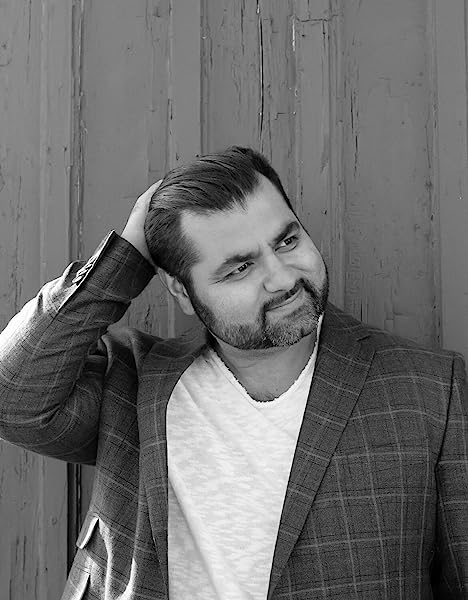 by Victor Methos (Author) Format: Kindle Edition
Book 1 of 2: Shepard & Gray
See all formats and editions
Sorry, there was a problem loading this page. Try again.

From the bestselling author of A Killer’s Wife comes the thrilling first installment in the Shepard & Gray series, featuring a young sheriff who teams up with a former prosecutor to stop a copycat killer.

This is Reaper speaking.

So begins an anonymous letter published in a Utah newspaper after a young couple is viciously murdered. Tooele County sheriff Elizabeth Gray leads the investigation into the double homicide, which is eerily reminiscent of a string of brutal killings years ago. When the letter leads detectives to yet another body, Gray calls on an old friend for help.

Former prosecutor Solomon Shepard is still struggling to recover from the deadly courtroom attack that ended his career. He’s been keeping a safe distance from the action, teaching criminology seminars about serial murders and psychopathology—until Gray asks for his help on the Reaper case.

As the body count mounts, Shepard and Gray race to unravel the deranged design of a copycat killer—and find themselves in a face-off with an enemy they never saw coming.

It’s been years since a killer calling himself the Reaper went on a spree that terrorized Tooele County, Utah...and then went quiet. Everyone has finally moved on—everyone except the Reaper. On the anniversary of the first murders, new victims are found dead, accompanied by a letter that begins, “This is Reaper speaking.”

As the killings intensify, and the letters keep coming, local sheriff Billie Gray finds herself out of her depth and in desperate need of help. Solomon Shepard was the most cunning and dedicated homicide prosecutor the Tooele County Attorney’s Office ever had. But when a defendant attacked him in court, sending him to the hospital for weeks, Shepard stopped practicing law. Knowing how brilliant Shepard is at serial murderer psychopathology, Gray begs him to come back to the game and help her solve this case.

Together, Shepard and Gray make an unstoppable team in this nail-biting series starter. Winner of the Harper Lee Prize for Legal Fiction, Victor Methos masterfully blends courtroom drama and the crimes of a serial killer into this fast-paced thriller. The Secret Witness is Methos’s best work yet.

At the age of thirteen, when his best friend was interrogated by the police for over eight hours and confessed to a crime he didn’t commit, Victor Methos knew he would one day become a lawyer.

After graduating from law school at the University of Utah, Methos cut his teeth as a prosecutor for Salt Lake City before founding what would become the most successful criminal defense firm in Utah.

In ten years, Methos conducted more than one hundred trials. One particular case stuck with him, and it eventually became the basis for his first major bestseller, The Neon Lawyer. Since that time, Methos has focused his work on legal thrillers and mysteries, winning the Harper Lee Prize for The Hallows and an Edgar nomination for Best Novel for his title A Gambler’s Jury. He currently splits his time between southern Utah and Las Vegas.

At the age of thirteen, when his best friend was interrogated by the police for over eight hours and confessed to a crime he didn’t commit, Victor Methos knew he would one day become a lawyer.

After graduating from law school at the University of Utah, Methos sharpened his teeth as a prosecutor for Salt Lake City before founding what would become the most successful criminal defense firm in Utah.

In ten years Methos conducted more than one hundred trials. One particular case stuck with him, and it eventually became the basis for his first major bestseller, The Neon Lawyer. Since that time, Methos has focused his work on legal thrillers and mysteries, earning a Harper Lee Prize for The Hallows and an Edgar nomination for Best Novel for his title A Gambler’s Jury. He currently splits his time between southern Utah and Las Vegas.

Amazon Customer
5.0 out of 5 stars Entertaining crime story/ court room drama
Reviewed in the United Kingdom on 16 July 2022
This is the first book I’ve read by this author so didn’t know what to expect. At first it’s a crime story as a County Sheriff engages the help of a former prosecutor to try and solve a copycat killers crime. I found the second half of the book which developed into a court room drama, the most interesting (probably as it’s written by a lawyer). I enjoyed the relationship between the characters of Solomon Shepherd and Billie Gray and between Solomon and Kelly. Enjoyed the plot twist in the last chapter. I would be interested in reading more from this author.
Images in this review

Kaffmatt
TOP 500 REVIEWER
2.0 out of 5 stars Not Recommended- been done before, many many times
Reviewed in the United Kingdom on 4 June 2022
Verified Purchase
The idea behind this book is very familiar. In fact, it appears the author has used the ‘tick list’ of so many writers these days e.g. two individuals team together to investigate a serial killer- one has an unsettled background, the other a female in a mens’ world- the perpetrator has mental problems- questionable lawyers/judges etc etc.
I’m not sure where the tag ‘best selling writer’ comes from i.e.from well written books or churning out so many books that the sale numbers place the author in a best selling category. I suspect the second option in this case.
The storyline and characters are mundane, well used and run of the mill. I found the book to be predictable due to these reasons and as a result I wasn’t drawn into it. Reminded me of the Mills and Boon books of years ago where one story was the same as the next.
If readers do choose this book they will think they’ve read it before.
Note to authors: please throw the tick list away and write something original.

Tambok
TOP 500 REVIEWERVINE VOICE
3.0 out of 5 stars Entertaining Thriller But Could Have Been Better.
Reviewed in the United Kingdom on 5 June 2022
Verified Purchase
The Secret Witness by Victor Methos starts out as a thriller about a serial killer then somewhat abruptly turns into a courtroom drama part way through.

County Sheriff Elizabeth Gray is investigating into a couple of murders in a small Utah town that mirror the killings of a serial killer several years earlier. As with the original crimes the perpetrator has sent letters to the local newspaper claiming to be "The Reaper". Is it the original murderer,who was never caught,making a return or a copycat killer? Gray enlists the help of former prosecutor Solomon Shepherd who worked on the original investigation.

With the body-count rising and things taking a dramatic and personal twist the intrepid duo go on the hunt for a deadly killer.

While I quite liked the main characters and the way they interacted the actual investigation ends as a bit of a damp squib rather than any kind of Eureka moment . After a decent build up the suspect is tracked down very simply via a bit of very basic detective work, helped by the stupidity of the person Gray and Shepherd are looking for.
Suspect found the book jumps to a court case,not to establish the suspect's guilt but for reasons I won't reveal so as not to spoil the plot. Events between the arrest and the court case are pretty much skipped over which I found a bit odd,almost as if a couple of chapters were missing. The behaviour of the main characters in the trial border on the farcical,let's just say we're not talking John Grisham here.

Maybe I've been a bit harsh,I did enjoy it but too much of it wasn't convincing and some of the tale bordered on ludicrous, The main characters likewise,Gray,Shepherd and a member of the suspect's family were interesting ,the actual "perp" totally unconvincing.

There are places where it's hard to believe that Victor Methos is an established and very successful author and it's very much a "curate's egg" book but overall,despite a few irritations,I quite enjoyed it as a light "3 star" read
Read more
One person found this helpful
Helpful
Report abuse

JH1
5.0 out of 5 stars Loved this! And now have a new favourite author
Reviewed in the United Kingdom on 26 June 2022
Verified Purchase
In my time, I've read an awful lot of crime thrillers and often have the entire plot worked out, or at least most of it, within the first couple of chapters, but it didn't happen with this one. Yes, there were a few moments of predictability and a few inklings of what was likely to happen, but there wasn’t anywhere else that the author could have easily taken it, whilst staying on point, and I don’t have a problem with that, especially as it was done well.

I don’t know how the author did it, but this book got under my skin very quickly indeed. I was reading it on my own in the dark, and I had to put it down after the first few pages, as the hairs were literally rising on the back of my neck. That happened more than once and it became a daylight only book for me, as it was playing on my mind, which is a rare thing for me.

The characters are well-written, likeable and believable. There are little extra touches, such has friendships, relationships and snatches of background that really round these characters out, and explains their thought-processes and behaviours; if you’re speed-reading, you may well miss these and the book will be a different experience for you. The plot is good and well-thought out, with enough twists and turns to keep it interesting right to the last page, and there’s not many books that actually do that.

I want to read the next in the series and I want to read it now… what does that tell you? Very happy to recommend.
Read more
Helpful
Report abuse

I. Smail
4.0 out of 5 stars Half whodunnit, half courtroom drama
Reviewed in the United Kingdom on 3 June 2022
Verified Purchase
This is a good story, with an unexpected ending, but the second half of the book covered the court case for the serial killer that the first half discovered, and that’s not really my cup of tea (hence 4 stars rather than 5). The odd thing was that the author never gave a description of the main character, which is unusual, and so it was hard to build a picture in my mind. However, Victor Methos books are always worth reading, and this was no exception.
Read more
2 people found this helpful
Helpful
Report abuse
See all reviews
Report an issue
Does this item contain inappropriate content?
Report
Do you believe that this item violates a copyright?
Report
Does this item contain quality or formatting issues?
Report