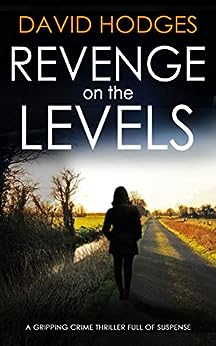 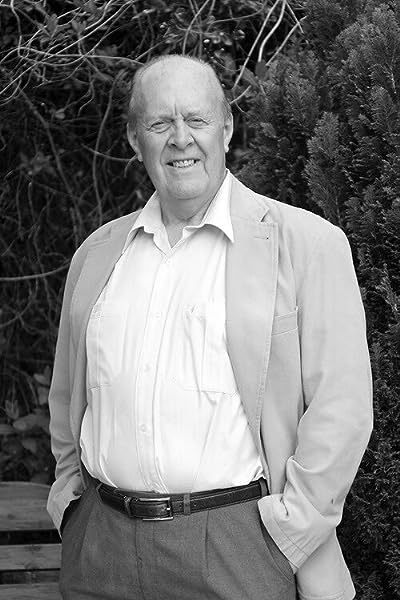 PLEASE NOTE THAT THIS BOOK WAS ORIGINALLY PUBLISHED AS REQUIEM.

TWISTER IS BACK AND HE WANTS REVENGE.

Two years ago psychotic undertaker Larry "Twister" Wadman disappeared after blasting two police detectives to death with an incendiary device and embarking on a murderous rampage across the Somerset Levels.

For most, memories have dulled, but the sole survivor of the carnage, Detective Kate Hamblin, cannot forget.

Then a prostitute’s body is found dumped in a coffin in Twister’s now derelict funeral parlor, dressed in a police uniform.

Kate realizes that her old enemy is back, and out to get her.

A massive murder hunt is launched and it becomes evident that the deranged killer is in no hurry to make his move. He wants to have some fun first — and Twister’s idea of fun is the last thing Kate or any sane person would wish for.

A RACE AGAINST TIME TO STOP A PSYCHOTIC KILLER WITH A VENDETTA AGAINST HER.

DISCOVER A BREATH-TAKING NEW SERIES OF MYSTERIES THAT YOU WON’T WANT TO PUT DOWN.

THE DETECTIVES
Kate Hamblin is a feisty, young police detective, with a dynamic approach to her job. She is plucky and tenacious, but prone to being impetuous and headstrong, which often lands her in tight spots and does not exactly endear her to her crusty boss, DI Ted Roscoe.

In stark contrast to Kate, her detective partner, Hayden, is an overweight, untidy ex-public schoolboy, with a pompous, laid-back attitude, which drives her to distraction. But he is also highly intelligent, with a keen, analytical mind and a practical, reasoned approach to everything, which often acts as a brake on some of his partner’s more impulsive actions.

THE SETTING
A patchwork of fields, peat moor and marshland, dotted with picturesque villages and criss-crossed by man-made irrigation ditches or rhynes, the Somerset Levels covers an area of about 160,000 acres between the Mendips and Quantock Hills, in the County of Somerset. Sparsely populated outside the local towns of Bridgwater, Glastonbury and Street and prone to flooding, it is a haven for wild life, a wild, secret place with an atmospheric brooding stillness, which creeps into the very soul; a place where the booming call of a bittern or the beating of an owl’s wings in the mist is bound to fire the imagination of any self-respecting crime novelist, whose thoughts will invariably turn to . . . murder.

THE AUTHOR
A former police superintendent, with thirty years’ service. Since ‘turning to crime’, he has received critical media acclaim, including a welcome accolade from Inspector Morse’s creator, the late great, Colin Dexter, and he is now a prolific novelist with eleven published crime novels and an autobiography on his police career to his credit. His previous police experience has enabled him to provide a gritty realism to his thrillers and his Somerset Murder Series, featuring feisty female detective, Kate, and her partner, Hayden, has gone from strength to strength, attracting interest in the United States as well as in the UK.

Looking for a series of addictive crime thrillers full of twists?

Dawn is a British actress and voice artist, who trained at Drama Centre London. When she was chosen to represent her drama school in the BBC Carleton Hobbs Radio Award competition, she discovered her aptitude for, and enjoyment of, recording books and audio drama. As well as being a theatre, TV and film actress, and a regular narrator of audio books for The RNIB, Dawn has played Cordelia Crozier in the audio drama Doctor Who: Antidote to Oblivion for Big Finish Productions, voiced TV promos for The Discovery Channel and TLC and recorded many corporate videos and ads for clients such as Dermalogica, Pure Beauty Online and The Met Police. --This text refers to an out of print or unavailable edition of this title.

A former superintendent with Thames Valley Police, David Hodges is a prolific crime writer and author of fourteen crime novels plus an autobiography on his life in the police service. His debut crime novel received critical media acclaim and a welcome accolade from Inspector Morse's creator, the late great Colin Dexter, and since then he has become the author of several successful stand-alone thrillers, including BLAST and TARGET (formerly Endeavour Media, now Lume Books).

In particular, his Somerset Murder Series (Joffe Books), set on the mist-shrouded Somerset Levels in England and featuring the exploits of feisty detective, Kate, and her easy-going partner, Hayden, has gone from strength to strength, attracting keen interest in Europe, the USA and Australia as well as in Britain. Audible have now also released the first six previously published thrillers in the series and September 2021 saw the author's debut short crime story, CREEPER ON THE LEVELS, published by Joffe Books in a 'MURDER MYSTERY & SUSPENSE SHORT STORY COLLECTION box set.

His last novel, STALKER ON THE LEVELS, was published by Joffe Books on 24 November and his new novel, VENOM ON THE LEVELS, is available for pre-order now on amazon prior to full publication on 28 April 2022.

David has two married daughters and four grandchildren and lives in the UK with his wife, Elizabeth, where he continues to indulge his passion for thriller writing and to pursue his keen interest in the countryside.

Galaxaure
2.0 out of 5 stars Would be a lot better without all the bigotry.
Reviewed in the United Kingdom on 11 January 2020
Verified Purchase
This author and this series has some great plot devices and a lot of potential.....however, l’m giving up on the series here at book two for the misogynistic tone, the ridiculous way characters in Somerset are made to speak (l live in the area in which these books are set and can absolutely confirm that we don’t call each others ‘geezers’ nor habitually use cockney rhyming slang) and the annoying, repetitive spelling errors of place names.

The author frequently defines characters by their sexuality, making a massive deal of it if a character happens not to be straight......this is exceptionally tedious and not what l expect of a contemporary book.
Read more
5 people found this helpful
Helpful
Report abuse

joecat
3.0 out of 5 stars Not sure how to review this!
Reviewed in the United Kingdom on 22 August 2019
Verified Purchase
I am finding this series of books difficult, the stories are keeping me entertained, mainly perhaps because I know the area well. However, the characters and writing style are not gripping me. I find it difficult to believe the relationships between any of the characters, particularly the main two. How old is Hayden supposed to be? He calls Kate “my dear” all the time like an elderly uncle! She seems more like a silly teenager than a 28 year old and there is no chemistry portrayed between them. That said, I did finish both of the first two but I might take a break before I plough on! It does make me chuckle that a book would be set in Highbridge! There is another series of detective books set in the same are that are much better - in my view!
Read more
2 people found this helpful
Helpful
Report abuse

Amazon Customer
4.0 out of 5 stars Entertaining - if a little weird
Reviewed in the United Kingdom on 28 June 2020
Verified Purchase
I started reading this series as I live near the levels. The action is fairly fast-paced and I do enjoy them, but there are some slight inconsistencies. Our heroine attends a murder scene in Highbridge, then has to attend two burglaries in Mark and a car theft in Blackford on the same night. I doubt Mark and Blackford have seen that much crime in the last five years! I won't give the plot away but there is something near the end, which really seems unbelievable.
But the books are easy to read and fun. I have just bought the third in the series and expect to keep going.
Read more
Helpful
Report abuse

J G Mount
3.0 out of 5 stars Glossary
Reviewed in the United Kingdom on 24 June 2019
Verified Purchase
The books fine. But rugger or rugby football is definitely NOT posh American football. What a cheek. Rugby started in Britain long before American football started in the States and the latter is based on the former. Played without protective clothing it is harder than AF and is played by all classes from Welsh miners to fit business men. It lived down the public schoolboy image many years ago. My husband, a Scotsman in his eighties has played it since he was nine and he was a bricklayer. So nothing posh about that unless you think that being penalised for arguing with the ref is posh.
Janet Mount
Read more
2 people found this helpful
Helpful
Report abuse

Bikerchic
5.0 out of 5 stars Another excellent instalment
Reviewed in the United Kingdom on 21 May 2019
Verified Purchase
Wow, this series is amazing.
Another one I couldn’t put down.
Had me on the edge of my seat and what a twist!
Must take a break before I start the next book :)
Read more
4 people found this helpful
Helpful
Report abuse

Mach1
4.0 out of 5 stars Horrific Revenge.
Reviewed in the United Kingdom on 19 August 2019
Verified Purchase
A carry on story from Book 1. A perp. returns for revenge. I did enjoy most of the story with DC Kate Hamblin. She is clever but with a mind of her own ( goes against authority). There is a bent cop, a useless boss and a madman. The
ending is too short and quick for me and a little far fetched. The book --ok, and worth reading!!
Read more
Helpful
Report abuse

Annabelle
5.0 out of 5 stars It's gripping
Reviewed in the United Kingdom on 23 August 2019
Verified Purchase
I read the first book in this series & when I got to the end I had to get the next book to find out what happens.When you get near the end ,if not before,you will see why I was hooked & might even crack it..I read it in a couple of hours.Couldn't put it down.
Read more
One person found this helpful
Helpful
Report abuse

Paul B
5.0 out of 5 stars Ridiculously Absorbing.
Reviewed in the United Kingdom on 25 September 2019
Verified Purchase
Inittially,as with the first book, you wanted to ridicule the storyline. However my reservations soon proved unfounded and the plots became more believable and exciting.
The characters feel true to life and the location adds to the atmosphere. Plenty of twists and turns make it a great read.
Read more
Helpful
Report abuse
See all reviews
Report an issue
Does this item contain inappropriate content?
Report
Do you believe that this item violates a copyright?
Report
Does this item contain quality or formatting issues?
Report