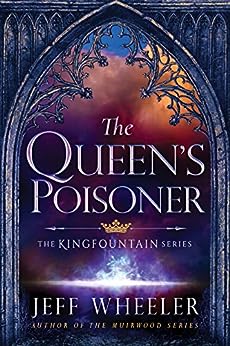 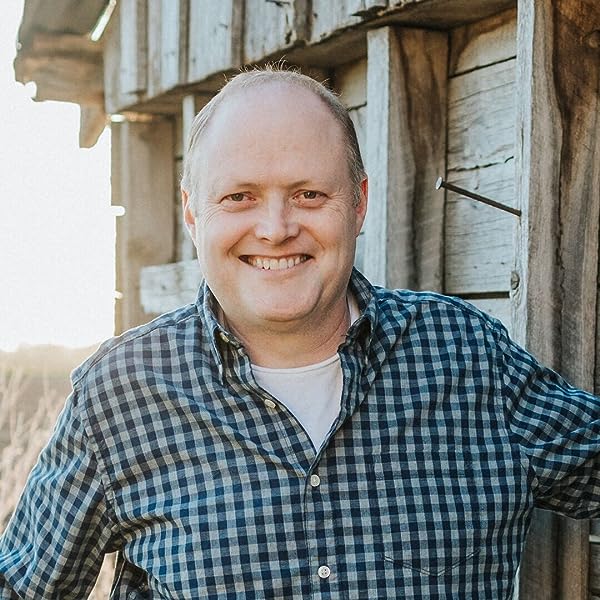 by Jeff Wheeler (Author) Format: Kindle Edition
Book 1 of 6: The Kingfountain Series
See all formats and editions
Sorry, there was a problem loading this page. Try again.

King Severn Argentine’s fearsome reputation precedes him: usurper of the throne, killer of rightful heirs, ruthless punisher of traitors. Attempting to depose him, the Duke of Kiskaddon gambles…and loses. Now the duke must atone by handing over his young son, Owen, as the king’s hostage. And should his loyalty falter again, the boy will pay with his life.

Seeking allies and eluding Severn’s spies, Owen learns to survive in the court of Kingfountain. But when new evidence of his father’s betrayal threatens to seal his fate, Owen must win the vengeful king’s favor by proving his worth—through extraordinary means. And only one person can aid his desperate cause: a mysterious woman, dwelling in secrecy, who truly wields power over life, death, and destiny.

From Harry Potter to Game of Thrones, fantasy tales continue to capture our collective imagination across all ages and in ever-greater numbers. Enter Jeff Wheeler’s Kingfountain series. Beginning with The Queen’s Poisoner, the series introduces Owen—an eight-year-old recent hostage to the usurper king—and the mysterious “queen’s poisoner” of the title, whom Owen must learn to trust against all his better instincts. As Owen adjusts to life at court, and as he begins to learn the secrets of the elusive and elegant Fountain magic bubbling within him, he struggles to navigate the culture of lies and shifting alliances into which he’s thrown, all while learning that his destiny may be more important than he ever thought possible.

Through twelve novels and counting, Jeff Wheeler’s storytelling has maintained a singular knack for making everything else in my life rush to the background within a few sentences and then disappear completely. He weaves immersive worlds that forgo the explicit brutality of some popular fantasy sagas in favor of a deft touch that’s as welcoming as it is rife with conniving, trickery, heartbreak, and beautiful, memorable magic. At least until I stop reading, these worlds take center stage in mine.

I should admit that I’ve already read the two sequels to The Queen’s Poisoner (both due out later this year), in which Owen ages from eight to seventeen to twenty-four years old. And I’m pleased to report that just when it seems as if Jeff Wheeler has achieved an imaginative apex, the story expands to envelop wider lands, richer magic, deeper intrigue, and all-around higher stakes for Owen and the entire realm of Kingfountain. I’m sorely tempted to say more, but I wouldn’t dare rob other readers of the exhilarating experience of getting lost in Jeff Wheeler’s worlds on their own.

Wall Street Journal bestselling author Jeff Wheeler took an early retirement from his career at Intel in 2014 to write full-time. He is, most importantly, a husband and father, and a devout member of his church. He is occasionally spotted roaming among the oak trees and granite boulders in the hills of California or in any number of the state’s majestic redwood groves. He is the author of The Covenant of Muirwood Trilogy, The Legends of Muirwood Trilogy, the Whispers from Mirrowen Trilogy, and the Landmoor Series.

S. Wall
3.0 out of 5 stars Bit of a Gamble
Reviewed in the United Kingdom on 30 May 2017
Verified Purchase
I would have preferred to give this 3.5 stars but didn't think it quite merited 4. It's an enjoyable book for the most part, though it never seemed to really get going for my liking. It was only about half way through that I realised the whole book was going to be from the viewpoint of an eight year old and I began to feel like I had bought a children's book (not in an unkind way). Reading from a child's perspective was interesting and novel to begin with and the author wrote very well to create an empathy and interest in the main character and his interests, but the story was always going to remain unsatisfactory with the limitations inherent to a child's emotional capacity. As an adult you want to be able to identify with the main character and explore greater challenges, but sadly this was lacking as the novel progressed. It would have really helped to have had another viewpoint from an adult character and considering how short this book is there was certainly scope to do so. If it wasn't for the £1 kindle price, I would have felt short-changed. Novels that start with a young character are usually much longer in order to age the character and reward the reader fully, such as Magician by Raymond Feist and the Dragonbone Chair by Tad Williams.

I have yet to decide if I will read the next in the series, as it lacks the descriptive and atmospheric writing that I prefer, but there is enough originality and interest in the characters to probably pull me back in, and they are very well realised. Though I may have been somewhat critical, this book did keep me engrossed enough to read it each day. I also want to see what this author can do with an adult protagonist - he admits that writing from a child's perspective was a bit of a gamble and I'm therefore surprised that he gambles further by recommending that people new to his writings should start with this book. Also, be careful on his website, as I came across one massive spoiler for the next book. I thought it was a nice touch to flesh the world out a little more online and there are some helpful resources for budding writers, but authors who talk a lot about themselves and their writing process tend to reduce the suspension of disbelief for the stories they are writing and the worlds they are creating.
Read more
12 people found this helpful
Helpful
Report abuse

Violet Barnes
2.0 out of 5 stars Good story, but poorly written - disappointing
Reviewed in the United Kingdom on 30 March 2017
Verified Purchase
A fairly good story, although cobbled together borrowing from British history and stories around the time of Richard III. I found this book and the second in the series irritating to read. These books are not well written, and have no subtlety, stating the obvious and leaving little for the reader build on. Possibly these books are intended for a younger audience, but I found them very disappointing. I had just finished reading a series by Robin Hobb and was looking for something in a similar vein, but this does not compare.
Read more
17 people found this helpful
Helpful
Report abuse

Donna Allen
2.0 out of 5 stars Rip off of the plantagenet story
Reviewed in the United Kingdom on 6 May 2022
Verified Purchase
Adding a little magic quirk and claiming to be a fantasy genre novel cannot distract anyone who has ever read anything of the history and stories of the Plantagenet monarchs from noticing this is just a basic retelling from a minor nobility viewpoint.

Sorry Jeff, Wall Street may herald you as a best seller and wonderful novelist, but don't try to pass off UK history as an idea you've developed, it doesn't work.
Read more
One person found this helpful
Helpful
Report abuse

E. A. Banks
3.0 out of 5 stars A bit of a mish-mash
Reviewed in the United Kingdom on 13 April 2019
Verified Purchase
There is a clever and intriguing story here, but the lack of original characters to tell it was disappointing. All fiction is inspired by something and the author freely admits to being heavily influenced by the era of English History known as the wars of the roses. I have no issue with fantasy authors borrowing from history and legend, but what spoiled this book for me was the very obvious use of actual historical characters. There is no doubting that King Severn is Richard III, the queen in sanctuary is blatantly Elizabeth Woodville, Princess Elyse is Elizabeth of York, etc, etc. The one that really bugged me was using the name Ankarette Twynyho and barely changing it to Ankarette Tryneowy. Couldn't he at least have come up with a slightly different surname? Having said all that, the unfolding story between the two young leading characters, Owen and Evie, is well written and the story becomes more interesting as the book progresses. I spent the first half of the book cursing the use of such thinly disguised real life characters and I nearly abandoned it. Eventually though, I started to care about the characters enough to want to know what would happen to them and the later chapters of the book are much, much better than the early ones. I may even have a look at the next book to find out what happens to Owen as he grows up.
Read more
One person found this helpful
Helpful
Report abuse
See all reviews
Report an issue
Does this item contain inappropriate content?
Report
Do you believe that this item violates a copyright?
Report
Does this item contain quality or formatting issues?
Report