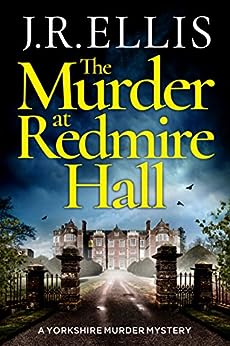 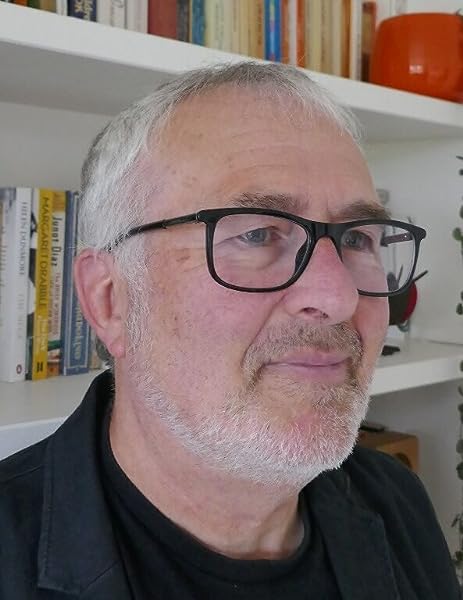 by J. R. Ellis (Author) Format: Kindle Edition
Book 3 of 8: A Yorkshire Murder Mystery
See all formats and editions
Sorry, there was a problem loading this page. Try again.

An impossible murder behind a locked door. Can DCI Oldroyd find the key to the mystery?

Lord Redmire’s gambling habit has placed him in serious debt. Determined to salvage his fortune by putting Redmire Hall on the map, the aristocrat performs an impossible locked-door illusion on live TV. But as the cameras roll, his spectacular trick goes fatally wrong…

Special guest DCI Jim Oldroyd has a front-row seat, but in all his years with the West Riding Police he’s never witnessed anything like this. He sees Redmire disappear—and then reappear, dead, with a knife in his back.

As Oldroyd and DS Stephanie Johnson soon discover, nearly everyone at the event had a reason to resent the eccentric lord. But how did the murderer get into the locked room—or out, for that matter?

When the only other person who knew the secret behind the illusion is brutally silenced, the case begins to look unsolvable. Because as Oldroyd and Johnson know, it’s not just a question of who did it and why—but how?

John R. Ellis has lived in Yorkshire for most of his life and has spent many years exploring Yorkshire’s diverse landscapes, history, language and communities. He recently retired after a career in teaching, mostly in further education in the Leeds area. In addition to the Yorkshire Murder Mystery series he writes poetry, ghost stories and biography. He has completed a screenplay about the last years of the poet Edward Thomas and a work of faction about the extraordinary life of his Irish mother-in-law. He is currently working on his memoirs of growing up in a working-class area of Huddersfield in the 1950s and 1960s.

I have lived in Yorkshire for most of my life and write murder mysteries set in the varied landscapes and communities of the county. I began writing after I retired from a teaching career, mostly in further education. I am a member of a writers' group in Otley near Leeds and we publish anthologies of our work. I also write poetry and short stories, coming second in both categories at the 2018 Saltaire Writer's Competition. I am interested in biographical writing and am working on my memoirs of growing up in Huddersfield in the 1950s and 1960s and on researching the extraordinary life of my Irish mother-in-law whose son was sent to Australia as part of the child migrant scheme

Athanasius
3.0 out of 5 stars Written by a teacher - and it shows
Reviewed in the United Kingdom on 12 October 2019
Verified Purchase
I've read and enjoyed the first three of the four Oldroyd mysteries, and I intend, in due course, to enjoy the fourth one, recently published, but as the series has gone on, my initial enthusiasm has waned somewhat. This is not so much due to plot lines or characters, but rather with writing style. Ellis is a retired teacher, and unfortunately, the characteristics of that profession show through a little too much for my liking. Firstly, he overwrites, he explains too much that simply doesn't need explanation. In this one, for instance, I didn't need to be told that Sherlock Holmes was created by Arthur Conan Doyle, and I seriously doubt that anyone who's ever read a mystery novel needs to be told. Perhaps Ellis's pupils weren't particularly bright back in the day, but most people don't need that level of clarification.

The other, more serious problem is the political correctness of his protagonist, Chief Inspector Oldroyd. On the one hand, Oldroyd is presented as a proud Yorkshireman, vain of his county, its history and idiosyncratic character. On the other, he spends the books (all of them, so far) pretty much apologizing for being male. His wife is using him for a dishcloth, his daughter thinks he's the bank of dad, his sister, a C of E lady vicar, is essentially his lecturer, Oldroyd himself completely internalizes this abuse of his masculinity and Ellis is pretty much presenting this as the right and proper way for men to think and behave. Such an outlook may be required in the teaching profession these days, but the rest of the world isn't buying it, and frankly, he's starting to get right up my hooter.

So why read the books? In truth, I'm not entirely sure. They have a kind of provincial charm, a change from the banal criminality of the gritty, metropolitan crime books. Ellis DOES have a capacity for presenting modern Yorkshire - a truly beautiful part of the world - in an attractive light, and his plots are pleasing to the fans of the MIdsomer Murders type mystery. In this one, we have a classic locked room mystery where a member of the landed aristocracy is stabbed to death during a magic performance being broadcast live on TV from his stately home. What's worse, the hapless Inspector Oldroyd is in the live audience and is landed with the task of solving the mystery. A bit of class politics is tacked on at the end during the denouement, for no apparent reason other than to show Ellis's credentials, or possibly just padding. However, the final resolution is quite satisfying and passes the " I never thought it would be..." test quite nicely.

Recommended for an easy read, but I found it so-so, rather than particularly absorbing.
Read more
17 people found this helpful
Helpful
Report abuse

Blue and white
VINE VOICE
4.0 out of 5 stars Dangerous places, stately homes!
Reviewed in the United Kingdom on 24 September 2018
Verified Purchase
Another interesting book from this author. It starts with the stabbing of Freddy Carstairs the philandering Lord of the manor, an all round cad who has gambled away the bulk of the wealth of his family's estate. The murder happens in the middle of the famous 'locked room' magic trick originally done by Freddy's father 30 years before. Oldroyd and Steph are in the audience, but are unaware that the whole event is being televised, much to Oldroyd's annoyance. The murder investigation gets underway, with the interviewing of the people in attendance, but murders of two of the estate workers follows, which complicates matters. One or two off the cuff comments get thrown into the equation which gives Oldroyd more clues to both the mystery of the locked room, and the person/s behind the murders.
The book concludes with a very Agatha Christie style ending, with Oldroyd and Steph pointing accusing fingers at each member of his Lordship's family in turn, before revealing whodunit.
There's very little action in these books and the plots are really easy to follow. More cosy Midsummer Murders for instance than DCI Banks or Luther for those TV detective buffs. The chapters could do with being a bit shorter, but other than that they're nice uncomplicated stories. BTW, the descriptions of the Yorkshire countryside are lovely.
Read more
24 people found this helpful
Helpful
Report abuse

Lizzie Locket
3.0 out of 5 stars Entertaining
Reviewed in the United Kingdom on 18 September 2018
Verified Purchase
This is the 3rd book I have read by J.R Ellis and my least favourite, for me it was like Hercule Poirot meets Jonathan Creek in Midsommer, and I hardly recognised Oldroyd, on saying that I still read the book in 2 sittings and I didn't guess the murderer, but the description of how they created the locked room is still a bit of a mystery, I think I need to read that part again. I would certainly read any more books that Mr Ellis writes, he very slightly leaves a clifhanger with a character making the reader wonder 'What happens next'
Read more
16 people found this helpful
Helpful
Report abuse

David Hudson
2.0 out of 5 stars Full of potential but doesn't deliver.
Reviewed in the United Kingdom on 11 October 2019
Verified Purchase
This novel gives the impression a modular approach to the writing of the novel was taken. It appears the author initially created a set of story line features and then attempted to weld or stitch them together. Unfortunately the result was a story line that didn't flow particularly well, with flawed logic (why didn't Oldroyd perform a few more checks on room dimensions) and subject matter that added nothing and seemed irrelevant. Where did the sexual harassment come from and disappear to? It seemed to be inserted as an after thought in order to introduce a current and much publicised issue, but why? In all a rather disappointing novel that, from my point of view, definitely wasn't a page turner.
Read more
6 people found this helpful
Helpful
Report abuse

Celia 22
2.0 out of 5 stars This should be in a locked room and not allowed out.
Reviewed in the United Kingdom on 17 June 2019
Verified Purchase
Oh dear, what happened with this one?
So far all his books have been a theme of a locked room mystery - this was an actual locked room - but slow, repetitive and quite frankly unbelievable, did I mention slow?
It felt like an achievement to reach the end, it was SO slow.

First we have an experienced DCI and DS attending a magic act in police time and then - after a plodding story - the DCI decides it would be a great idea to a do a grand denouement Christie style with all the suspects present- and the DCI’s superiors say little! Yeah.

The characters of the family and estate workers are dreadful stereotypes and not very believable.
Still trying to work out what the Vicar has to do with things, she never seems to say much other than platitudes, she’s hardly Mycroft.
I enjoyed the first two books but this was disappointing.
Shame.
Read more
5 people found this helpful
Helpful
Report abuse
See all reviews
Report an issue
Does this item contain inappropriate content?
Report
Do you believe that this item violates a copyright?
Report
Does this item contain quality or formatting issues?
Report