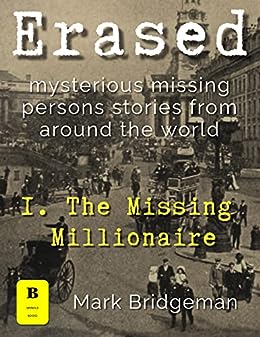 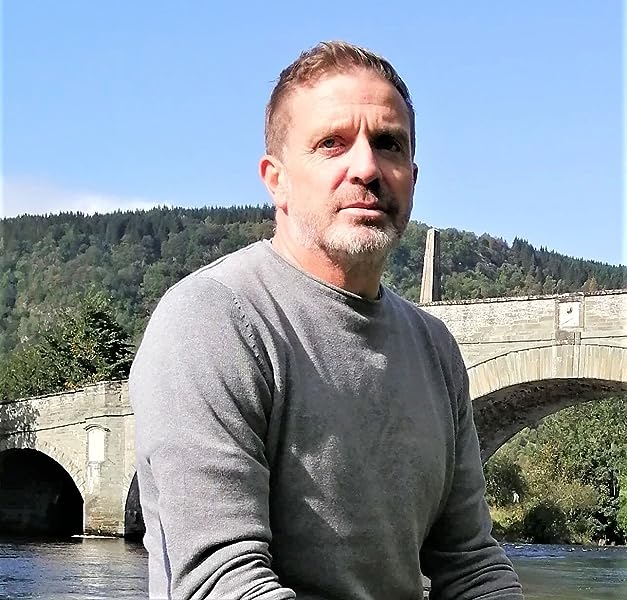 by Mark Bridgeman (Author) Format: Kindle Edition
Book 1 of 1: Erased
See all formats and editions
Sorry, there was a problem loading this page. Try again.
Erased: A new series of intriguing missing person cases from around the world by Mark Bridgeman, author of The 'Lost' Village of Lawers. The first book in the series is 'The Missing Millionaire', in which the author investigates the mysterious disappearance of an American millionaire in London, England, in 1913.
Read more
Previous page
Next page
Books In This Series (1 Books)
Complete Series 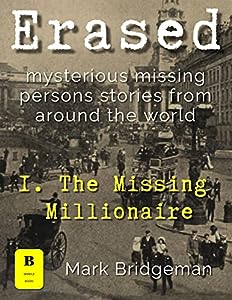 Mark Bridgeman was born in Swindon, Wiltshire and is now based in Highland Perthshire, Scotland. After a career working in Finance, Marketing and Sports Coaching, he has now turned his passion for writing, crime fiction and non-fiction, history and sport into words. Mark's first book "The River Runs Red" was published in 2019. A history of true crime in Highland Perthshire, the book proved an immediate success, selling out its first two print runs.

Surviving In The Shadows and Blood Beneath Ben Nevis were published in March 2020 and have been positively received. After receiving positive reviews in Scotland Magazine, Perthshire Advertiser and The Scotsman, The Lost Village of Lawers was published in September 2020, and has already sold out two print runs. Mark followed that with The Beacon On The Hill in December 2020, which was featured on BBC Radio, and launched to positive reviews.

The Dark Side of the Dales and Footsteps at Finlarig were both released in May 2021, continuing Mark's engaging examination of local crime and history.

The Nearly Man and Perthshire's Pound of Flesh followed in early 2022; and became immediate successes. Mark's ebook only series of stories focusing on mysterious missing persons cases debuted in August 2022, entitled Erased, which can be found exclusively on the Amazon Kindle store.

Mark has appeared on ITV, BBC Radio and The History Channel together with interviews, podcasts and personal appearances. His popular book festival event 'Trial By Jury' has attracted much praise. He was also nominated for the John Bryne Prize in 2021. For more information visit www.markbridgemanauthor.co.uk and subscribe. Or follow Mark on facebook, instagram and twitter.

5.0 out of 5 stars
5 out of 5
1 global rating
How customer reviews and ratings work

MBBooks
5.0 out of 5 stars Great start to a series
Reviewed in the United Kingdom on 9 August 2022
Verified Purchase
First in an engaging series of really interesting stories. Each one is a standalone story, but they all follow the same theme - mysterious missing persons stories. Looking forward to the next one!
Read more
Helpful
Report abuse
See all reviews
Report an issue
Does this item contain inappropriate content?
Report
Do you believe that this item violates a copyright?
Report
Does this item contain quality or formatting issues?
Report