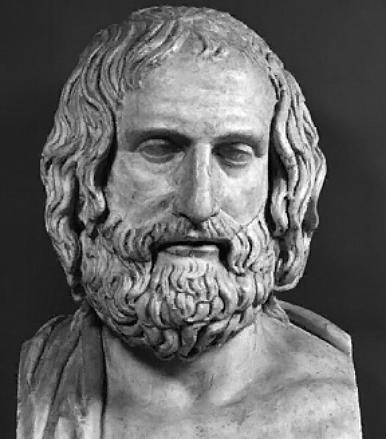 by Euripides (Author), Edith Hall (Introduction), James Morwood (Translator) & 0 more
4.7 out of 5 stars 182 ratings
See all formats and editions
Sorry, there was a problem loading this page. Try again.
. Terms | Shop items
Promotion Message Prime Student members get 10% off. 1 promotion
Note: This item is eligible for FREE Click and Collect without a minimum order subject to availability. Details
Pick up your parcel at a time and place that suits you subject to availability. How to order to an Amazon Pickup Location? Learn more

`the most tragic of the poets'
Aristotle

Euripides was one of the most popular and controversial of all Greek tragedians, and his plays are marked by an independence of thought, ingenious dramatic devices, and a subtle variety of register and mood. He is also remarkable for the prominence he gave to female characters, whether heroines of virtue or vice. In the ethically shocking Medea, the first known child-killing mother in Greek myth to perform the deed in cold blood manipulates her world in order to wreak vengeance on her treacherous husband. Hippolytus sees Phaedra's confession of her passion for her stepson herald disaster, while Electra's heroine helps her brother murder their mother in an act that mingles justice and sin. Lastly, lighter in tone, the satyr drama, Helen, is an exploration of the impossibility of certitude as brilliantly paradoxical as the three famous tragedies.

This new translation does full justice to Euripides's range of tone and gift for narrative. A lucid introduction provides substantial analysis of each play, complete with vital explanations of the traditions and background to Euripides's world.
ABOUT THE SERIES: For over 100 years Oxford World's Classics has made available the widest range of literature from around the globe. Each affordable volume reflects Oxford's commitment to scholarship, providing the most accurate text plus a wealth of other valuable features, including expert introductions by leading authorities, helpful notes to clarify the text, up-to-date bibliographies for further study, and much more.
Read more
Previous page
Next page

Hellenists and generalists alike have reason to rejoice ... adds to our understanding and appreciation of a poet-playwright who has never ceased to controversial ... comprises four major plays that are wonderful to have together. Edith Hall's introductory essays ... are eloquent and informative, deftly highlighting each play's chief issues ... several new insights into the texts, and sound explanations of the mythical background and ongoing action ... James Morwood's translations ... are extraordinary. In crisp prose ... these may be the easiest-to-read accurate versions that we are likely to see and, in the inexpensive World Classics edition are quite a bargain. No others ... lend themselves to such a ready reading ... The sheer clarity of the English is a considerable achievement. (Victor Castellani, The Classical Outlook/Fall 1999, Volume 77, no 1)

James Morwood was Grocyn Lecturer at Wadham College, Oxford.
Tell the Publisher!
I’d like to read this book on Kindle

Euripides (/jʊəˈrɪpᵻdiːz/ or /jɔːˈrɪpᵻdiːz/; Greek: Εὐριπίδης; Ancient Greek: [eu̯.riː.pí.dɛːs]) (c. 480 – 406 BC) was a tragedian of classical Athens. He is one of the few whose plays have survived, with the others being Aeschylus, Sophocles, and potentially Euphorion. Some ancient scholars attributed 95 plays to him but according to the Suda it was 92 at most. Of these, 18 or 19 have survived more or less complete (there has been debate about his authorship of Rhesus, largely on stylistic grounds) and there are also fragments, some substantial, of most of the other plays. More of his plays have survived intact than those of Aeschylus and Sophocles together, partly due to mere chance and partly because his popularity grew as theirs declined—he became, in the Hellenistic Age, a cornerstone of ancient literary education, along with Homer, Demosthenes and Menander.

Euripides is identified with theatrical innovations that have profoundly influenced drama down to modern times, especially in the representation of traditional, mythical heroes as ordinary people in extraordinary circumstances. This new approach led him to pioneer developments that later writers adapted to comedy, some of which are characteristic of romance. Yet he also became "the most tragic of poets",[nb 1] focusing on the inner lives and motives of his characters in a way previously unknown. He was "the creator of...that cage which is the theatre of Shakespeare's Othello, Racine's Phèdre, of Ibsen and Strindberg," in which "...imprisoned men and women destroy each other by the intensity of their loves and hates", and yet he was also the literary ancestor of comic dramatists as diverse as Menander and George Bernard Shaw.

Bio from Wikipedia, the free encyclopedia.

Eze
4.0 out of 5 stars Qaulity
Reviewed in the United Kingdom on 10 November 2018
Verified Purchase
Very good translation
The book had writing in it from the previous owner which was quite annoying.
Well thats what happens when u buy secomdhand
Read more
Helpful
Report abuse

William
4.0 out of 5 stars Good translation
Reviewed in the United Kingdom on 4 December 2013
Verified Purchase
It took a while to get used to Morwood's translation, but it all comes together in some of the best speeches in Medea. I then re-read the selection and really enjoyed all the plays. Good introduction and notes too, especially for the non-academic reader still finding their way through the three great Greek dramatists (eg me!).
Read more
4 people found this helpful
Helpful
Report abuse

a person of good taste
5.0 out of 5 stars Greek to me
Reviewed in the United Kingdom on 10 October 2013
Verified Purchase
My son loves it and that is what matters. A well put together book. If you do this for a level, then you need this
Read more
One person found this helpful
Helpful
Report abuse

Tim Outen
5.0 out of 5 stars book
Reviewed in the United Kingdom on 16 August 2013
Verified Purchase
the correct version for my daughter's A level course it is in good condition and does the job required of it.
Read more
Helpful
Report abuse