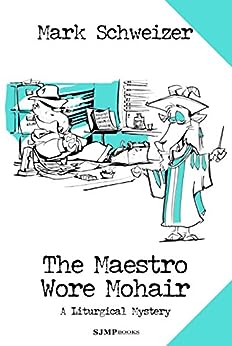 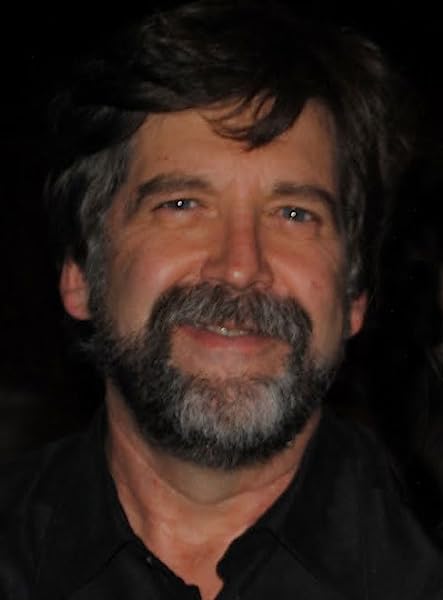 by Mark Schweizer (Author) Format: Kindle Edition
Book 13 of 15: The Liturgical Mysteries
See all formats and editions
Sorry, there was a problem loading this page. Try again.
Why do people keep dying in the mountain town of St. Germaine? It’s hard to say, but as the police chief of the “Murder Capital of Western North Carolina,” Hayden Konig has his work cut out for him. As a detective, Hayden is famous for solving crimes. As the organist at St. Barnabas Episcopal Church, he’s renowned for his musical skills. As a crime novelist, he has no peer — no peer, and no discernible talent. Still, he is not deterred. With Raymond Chandler’s old 1939 Underwood typewriter for inspiration, he continues to inflict his efforts upon whoever will read them.

— "Dirk cracked his knuckles, then moved in like an unwanted relative, not that unrelated uncle that used to live in the basement, but has now moved into the den and put up a bed sheet to define his space, but a worse one, like Dick Cheney or Marie Osmond." —

Autumn is drawing nigh, and when a skeleton turns up in the woods, it’s all anyone is talking about. That is, until the Maestro and her minions come to town. Now there’s another dead body, a thirty-year-old murder mystery, and all the usual suspects. Can Hayden, Nancy, and Dave figure it all out before another victim is found? Is there any doubt?

In 1974, Mark Schweizer, a brand-new high-school graduate decided to eschew the family architectural business and become an opera singer. Against all prevailing wisdom and despite jokes from his peers such as "What does the music major say after his first job interview?" (answer: You want fries with that?), he enrolled in the Music School at Stetson University. To his father, the rationale was obvious. No math requirement. Everything happens for a reason, however, and he now lives and works as a composer, and mystery author in North Carolina with his lovely wife, Donis. If anyone finds out what he’s up to, he’ll have to go back to work at Cracker Barrel. He actually has a bunch of academic degrees, including a D.M.A. from the University of Arizona. I know! What were they thinking?

Mark has taught voice, opera, and music theory at Stetson University, Louisiana College, Murray State University, Austin Peay University and Sewanee - the University of the South. Being "Ecumenically Promiscuous", he has served in several denominations as a full-time church musician, and is currently president of St. James Music Press, a church music publishing house at the forefront of on-line publishing.

As an author, Mark has written the "Liturgical Mysteries," fifteen highly acclaimed comic mysteries set in the fictitious town of St. Germaine, North Carolina and a 1940s Chicago police thriller, "Dear Priscilla". His writing and sense of humor can also be found in the classical music section of "Faking It: How to Seem Like a Better Person Without Actually Improving Yourself" published by the New American Library.

In the field of bad writing, Mark had the distinction of receiving several Dishonorable Mentions in the Bulwer-Lytton Fiction Contest, an annual contest in which the entrants compete for the dubious honor of having composed the worst opening sentence to an imaginary novel. These and others can be found in "It Was a Dark and Stormy Night: A Collection of the Worst Fiction Ever Written," edited by Scott Rice and published by The Friday Project.

The Liturgical Mysteries in Order:

BJG
5.0 out of 5 stars What an imagination.
Reviewed in the United Kingdom on 6 December 2015
Verified Purchase
I swear Mark Schweizer has visited our parish!
Brings a sense of normality to the bizarre.
A great read, as ever.
Read more
Helpful
Report abuse
See all reviews
Report an issue
Does this item contain inappropriate content?
Report
Do you believe that this item violates a copyright?
Report
Does this item contain quality or formatting issues?
Report