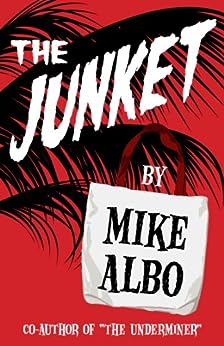 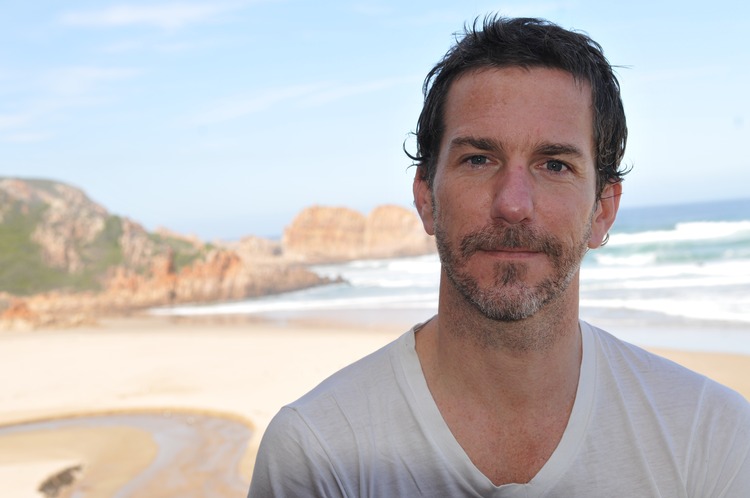 by Mike Albo (Author) Format: Kindle Edition
See all formats and editions
Sorry, there was a problem loading this page. Try again.
From author and performer Mike Albo comes this hilarious, harrowing and totally fictional novella about a struggling freelance writer living in New York City named Mike Albo. He lands an enviable gig writing about shopping and fashion for the city’s major newspaper, but an ill-fated promotional junket gets Albo into hot water. He becomes a gossip item and finds himself caught in an acrimonious war between Old and New Media. Here's a gimlet-eyed account of the back-biting media scene, a glimpse into the inner workings of the fashion crowd, and a candid portrait of what it takes to survive as a writer in today’s chattering and watchful New York City.

"I was perilously close to exposing a secret underground economy of promotion: favors and junkets and banquets and gifts that keeps the city in motion, and keeps underpaid writers at work. Basically, I became the Silkwood of Swag."
Read more
Previous page
Next page

I am a writer and performer living and loving in Brooklyn. My first novel, HORNITO: MY LIE LIFE, was published by HarperCollins in October 2000. My second novel, THE UNDERMINER (co-written with Virginia Heffernan) was published by Bloomsbury USA in 2005. Now I am releasing THE JUNKET exclusively on Kindle for your pleasure. Check me out on mikealbo.com, on Twitter at "albomike" or on FaceBook...Below is a more extensive bio written in the 3rd person as if I had nothing to do with its creation:

Mike Albo has written for the New York Times, The New Yorker, New York Magazine, GQ, Elle Décor, Country Living, The Daily Beast, Out, The Village Voice, Details, and many other magazines and websites. He was a Senior Editor and Fashion Writer for Cargo Magazine from 2004-2006.

Albo wrote The Critical Shopper column for the New York Times from February 2007-October 2009. He has also had columns in Blackbook and Surface magazines, and wrote “Torascopes” for Heeb Magazine from 2005-2007. His love advice column in Out Magazine, “What’s Your Problem?” appeared from 1998-2000. He also wrote horoscopes for Word.com (Horoscopes by Randy Lavender), from 1998-2000.

As a monologist and comedian, Albo has completed four critically acclaimed, sold-out solo shows: MIKE ALBO, SPRAY, PLEASE EVERYTHING BURST and MY PRICE POINT, as well as many solo performances and tours across the United States and Europe. Fast-paced, hilarious, highly emotional and punctuated with dance, his performances have been praised in many publications including The New Yorker, The New York Times, Paper, Time Out, The Independent in London, The Boston Globe, the Pittsburgh Tribune, and the LA Times.

Selections of his work appear in EXTREME EXPOSURE: An Anthology Of Solo Performance Texts From The Twentieth Century (ed. by Jo Bonney). MY PRICE POINT won the award for Best Solo Performance by Independent Reviewers of New England in 2006.

RioBravo
5.0 out of 5 stars Absolutely hilarious (and sometimes a little heartbreaking).
Reviewed in the United Kingdom on 7 February 2019
Verified Purchase
I'm a freelance copywriter who loathes consumerism; I frequently daydream about quitting for good. I found The Junket by accident whilst trawling through Amazon's Kindle Singles. I read the excerpt, laughed my ass off, and then hit the buy button. Seriously worth your dollars. Albo's writing here reminds me of some of John Waters' funniest essays (Crackpot etc). Spot on observations about the freelance writer's life, surviving the big smoke when broke, and the culture of back patting, backstabbing and freebies one receives (or doesn't) when working in the industry. Thanks for making me belly laugh, Mike -- right after I spent a hellish day penning copy about cheap Chinese mirrors filled with illuminated LED lights.
Read more
Helpful
Report abuse

Amazon Customer
2.0 out of 5 stars Writer‘s rant
Reviewed in the United Kingdom on 5 February 2019
Lots of grammar errors/missing words in sentences. The story itself... was not a Story really, it was a rant about how difficult it is to survive as a writer in New York. On the one hand the writer wants to be hipster and anti-commercial, but on the other hand needs the retail/fashion gigs to keep himself afloat. And also, had no intentions to actually make a living from writing about the anti-commercial movement... so completely hypocritical...

There were some nice anecdotes in it, but overall I am glad this was a prime read for free, I would not pay to read this...
Read more
Helpful
Report abuse

Amazon Customer
4.0 out of 5 stars Interesting read
Reviewed in the United Kingdom on 21 December 2018
It felt like an autobiography rather then a fictitious life of Mike Albo, not really my bag, but well written and kept me interested in what was going to happen. Was he going to find love? Become bitter? Or devorce his big love NYC
Read more
Helpful
Report abuse
See all reviews
Report an issue
Does this item contain inappropriate content?
Report
Do you believe that this item violates a copyright?
Report
Does this item contain quality or formatting issues?
Report