Flip to back Flip to front
Listen Playing... Paused   You're listening to a sample of the Audible audio edition.
Learn more
See all 16 images 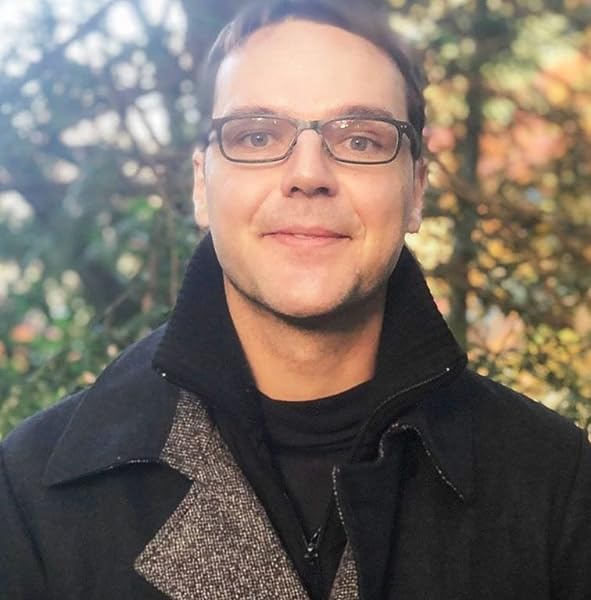 A Geek in Japan: Revised and Expanded: Discovering the Land of Manga, Anime, Zen, and the Tea Ceremony Paperback – 25 Jun. 2019

by Héctor García (Author)
4.7 out of 5 stars 517 ratings
See all formats and editions
Sorry, there was a problem loading this page. Try again.
Note: This item is eligible for FREE Click and Collect without a minimum order subject to availability. Details
Pick up your parcel at a time and place that suits you subject to availability. How to order to an Amazon Pickup Location? Learn more

Created specifically for fans of Japanese cool culture, A Geek in Japan is one of the most iconic, hip, and concise cultural guides available. Reinvented for the internet age, it is packed with personal essays and hundreds of photographs and presents all the touchstones of traditional and contemporary culture in an entirely new way. A Geek in Japan decodes the mysteries of the Japanese language, Japanese social values and daily habits, business and technology, the arts, and symbols and practices that are peculiarly Japanese. This revised and expanded edition contains many new pages of materials on all sorts of topics including Kyoto, Japanese architecture, and Japanese video games. It also features a guide to author Hector Garcia's favourite Tokyo hangouts and tips on visiting many secret places around Japan. Highlighting the originality and creativity of the Japanese, debunking myths, and answering nagging questions such as why the Japanese are so fond of wearing face masks, Garcia has written an irreverent, insightful, and highly informative guide for the growing ranks of Japanophiles around the world.
Read more
Previous page
Next page

Total price:
To see our price, add these items to your basket.
Some of these items are dispatched sooner than the others.
Show details Hide details
Choose items to buy together.

"Everyone who is interested in Japan will find this book fascinating." --Larry Ellison, cofounder and CEO, Oracle Corporation<br \><br \>"Comprehensive and well informed, A Geek in Japan covers a wide array of topics in short articles accompanied by numerous photographs, providing a lively digest of the society and culture of Japan." --Japan Today<br \><br \>"Hector and I share a deep interest and affection for all things Japanese. But in my case, I only get to enjoy Japan on my business trips. Back in Spain, I like to keep in touch. And that I do reading kirainet, 'A geek in Japan.' Now you can do the same. And in book format. Enjoy!" --Martin Varsavsky, entrepreneur, founder of Fon and Safe Democracy Foundation<br \><br \>"Filled with a load of photos and information about Japan--a must read." --Danny Choo, Tokyo entrepreneur and owner of www.dannychoo.com<br \><br \>"One of the funniest and yet most accurate descriptions of modern Japanese culture that I've ever seen. Highly recommended!" --Joichi Ito, director, MIT Media Lab<br \><br \>"The geek in Japan of the title is of course Garcia. He has written a sharp and concise guide to Japan. It is comprehensive and well done. Among many topics, A Geek in Japan covers traditional culture, history, character, work, society, manga & anime, music, movies & television, Tokyo, and visiting the rest of Japan. This is a book by and for Japanophiles. Each section comes with photos, sidebars, and the knowledge of a long-time Japanhand. Very well done." --Japan Visitor

"While not a traditional guidebook, A Geek in Japan certainly makes a reader want to hop on a plane to experience everything firsthand." --San Francisco Book Review

"Hector Garcia's A Geek in Japan is a lightweight but enjoyable romp through modern Japanese culture, seen through the eyes of its writer, an amazingly inquisitive young Spaniard living in Tokyo." --Lonely Planet

Hector Garcia was born in Spain in 1981. After earning his M.S. in software engineering and working for CERN in Switzerland, he moved to Japan, where he worked on voice recognition software and later for Digital Garage, developing the technology needed for Silicon Valley start-ups like Twitter and Technorati to enter the Japanese market. He has been living in Tokyo since 2004. During his free time, he runs ageekinjapan.com, one of the most-read blogs in the world in the Spanish language (and also available in English), and writes books about his experiences in Japan. The first edition of A Geek in Japan, and also his first book, is a bestseller in Spain and is in its eighth printing. He is working on his third book.
Start reading A Geek in Japan on your Kindle in under a minute.

Héctor García was born in Spain and worked at CERN in Switzerland before moving to Japan, his home for 16 years and counting. In Tokyo, when he is not writing his next book, he makes a living in the IT industry. His popular blog led to his international bestseller A Geek In Japan. He is the author of the bestselling Ikigai: The Japanese Secret to a Long and Happy Life; translated to 57 languages, has the strange honor of being the most translated book ever originally written in Spanish language. To this day he has published seven books, his latest one is: The Book of Ichigo Ichie.

Reg Daughty
3.0 out of 5 stars Fine but needs properly updating
Reviewed in the United Kingdom on 19 July 2019
Verified Purchase
The book is fine, providing a decent overview of Japan. Why the low rating, well it needs properly updating - the non new sections contain a lot of obviously out of date references e.g. Kanazawa is not reachable by bullet train (it is). It didn't bother me too much as I wasn't using the book to actually be get around Japan but did raise a question mark over how much of the rest of the book is out of date - there were references to the internet only becoming a big thing recently. The other thing that bothered me was how repetitive some bits of the book were - with similar sentences in several chapters. Maybe that's because the intention was for people to dip in and out but it does make for tedious reading if you're reading bit cover to cover.
Read more
5 people found this helpful
Helpful
Report abuse

Cat
4.0 out of 5 stars Great introduction to all things Japan
Reviewed in the United Kingdom on 13 August 2019
Verified Purchase
Bought this for a friend but I had a flick through all the pages. It's a lovely glossy attractive book with lots of bright, fascinating pictures to draw the attention. It seems to cover so much and I think it will be a great guide to getting a basic handle on Japan and Japanese culture, and the more I looked through the more excited I got about going there. Its got a bit of everything for everybody from history, technology, arts etc and has some recommendations and maps at the back. I liked that it also had some tips and information on habits and culture differences when visiting. Maybe not exactly a pocket guide when you're there but useful for pre-planning areas to visit and things to do etc. I knocked a star off only because during my brief flick there seemed to be quite a few typos/missed words?!
Read more
Helpful
Report abuse

Redflea
5.0 out of 5 stars Great read
Reviewed in the United Kingdom on 16 December 2019
Verified Purchase
Bought for my nephew who is into animee. Perfect gift, a mix of bite size chunks and more indepth information covering different aspects on Japan accompanied by descriptive pictures/photos. Will now be purchasing for myself.
Read more
One person found this helpful
Helpful
Report abuse

Amazon Customer
5.0 out of 5 stars Great for Japanese lovers!
Reviewed in the United Kingdom on 31 January 2021
Verified Purchase
Bought as a gift but seems to contain a lot of different chapters and great variety of content.
Read more
Helpful
Report abuse

Jack Sullivan
5.0 out of 5 stars Brilliant
Reviewed in the United Kingdom on 23 July 2019
Verified Purchase
A great book for anyone looking to learn more about Japan
Read more
Helpful
Report abuse
See all reviews