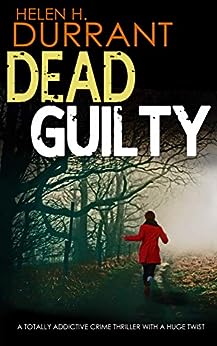 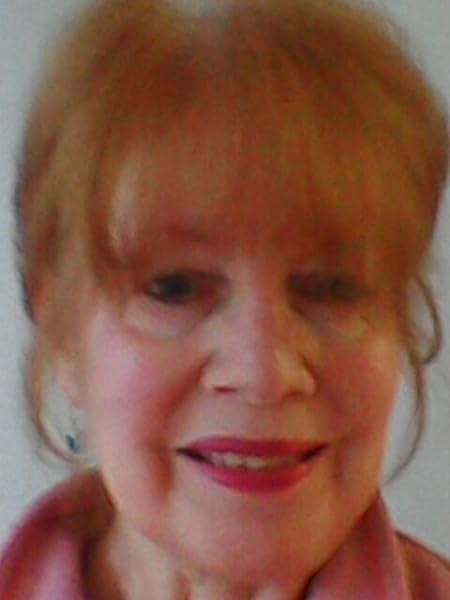 DETECTIVES CALLADINE AND BAYLISS HUNT FOR A MISSING CHILD IN A MYSTERY WITH A SHOCKING ENDING.

Sophie Alder is the three-year-old daughter of local factory owner, Richard Alder. Richard and his wife Annie are locals from the rough housing estate who’ve made it big.

Plus, there’s a crime wave in Leesworth and the police can’t cope. One thief even dares to break into Calladine’s house.

A number of local men have formed a vigilante group. On one of their patrols they catch the burglar and he ends up dead.

The investigation is complicated and the detectives keep hearing about a shadowy figure called “Street”, the mastermind behind the increase in drugs and theft.

With two more murders and Calladine’s personal life in turmoil, the detectives race against time to find “Street” and the missing child.

IN AN ENDING WITH A HUGE TWIST, THE DETECTIVES FIND EVERYTHING THEY BELIEVED IS TURNED UPSIDE DOWN.

If you like Angela Marsons, Rachel Abbott, Mel Sherratt, Ruth Rendell, or Mark Billingham you will enjoy this exciting new crime fiction writer.

WHAT READERS ARE SAYING ABOUT DEAD GUILTY:

“I read it in one sitting.” Aileen

“This books has lots of twists and turns throughout and with a cracking ending to this brilliant book.” Nessa

“Kept me guessing till the end.” Anna Maria

“I finished it in twenty-four hours and enjoyed every page.” Joan

THE DETECTIVES
Tom Calladine is a detective inspector who is devoted to his job. His personal life, however, is not so successful. Having been married and divorced before the age of twenty-one has set a pattern that he finds difficult to escape.

Ruth Bayliss is in her mid-thirties, plain-speaking but loyal. She is balancing her professional life with looking after a small child.

THE SETTING
The fictional village of Leesdon is on the outskirts of an industrial northern English city. There is little work and a lot of crime. The bane of Calladine’s life is the Hobfield housing estate, breeding ground to all that is wrong with the area that he calls home.

DISCOVER YOUR NEXT FAVOURITE MYSTERY SERIES.

Helen sets her books in the area she has lived in for many years. The towns and villages that sit in the shelter of the Pennine hills. This is an area between two counties, Lancashire and Yorkshire, and between the city and the hills. It offers a rich mix of the industrial and the countryside and all the character therein.

Helen always planned to write crime novels. But until she retired from full-time work in a local further education college, it had to go on the back burner. Once she did retire - there was no excuse. She now writes full-time. Retirement proper will have to wait!

There is also a box set of the first three books.

The four DI Greco books are available as a box set at a bargain price.

There are two books in the DI Matt Brindle series - His Third Victim and The Other Victim.

There are currently two books in the Lennox & Wilde series, The Guilty Man, The Faceless Man.

The entire Calladine & Bayliss series are also available as a boxset.

Kindle Customer Breda Arnold
VINE VOICE
4.0 out of 5 stars Good, well researched police thriller
Reviewed in the United Kingdom on 19 May 2019
Verified Purchase
I have enjoyed the complete this complete series of books featuring Calledine and Bayliss . They make a great team with their partnership well written and believable. I must confess I guessed the ending 3/4 of the way through but found it enjoyed nonetheless watching how they worked it out. This book features child abduction, murder and drug dealing, several strands running concurrently and creating a satisfyingly engaging book
Read more
15 people found this helpful
Helpful
Report abuse

Chris B.
3.0 out of 5 stars OK but not one of her best - sorry,
Reviewed in the United Kingdom on 19 July 2019
Verified Purchase
A decent story by Helen Durrant but not one of her best I’m afraid. Whilst I enjoyed the book, the number of typos and mistakes became annoying! There was even at least a couple of occasions where the dialogue was completely wrong (attributed to the wrong person) and the presence of one character (Joanne) seemed completely unnecessary and her role and knowledge of events was not properly explained. Having read all of Ms Durrant’s books, this ranks fairly low on the list. Any reader though should read her Calladine & Bayliss books in order to get the intricacies of this story.
Read more
3 people found this helpful
Helpful
Report abuse

Jolly Olly
5.0 out of 5 stars MUST READ
Reviewed in the United Kingdom on 20 May 2019
Verified Purchase
Very intriguing. Once I got into the "before" and "real time" story telling presentation, I found it difficult to put the book down. A must read for all murder mystery fans.

mrs s a smith
5.0 out of 5 stars DEAD GUILTY
Reviewed in the United Kingdom on 19 February 2021
Verified Purchase
Helen Durrant is a fantastic fiction writer who's story telling has you so gripped it's impossible to put down and she is responsible for many sleepless nights due to the fact that I have to finish the story. Anyone who likes murder/mystery/serial killers will enjoy reading this author's books and I would recommend starting from Dead Wrong book 1 as there is an underlining story as you progress through the books.
Read more
Helpful
Report abuse

kizzy
5.0 out of 5 stars Gripping Stories
Reviewed in the United Kingdom on 22 June 2019
Verified Purchase
Helen H Durrant is a fantastic fiction writer who's story telling has you so gripped it's impossible to put down and she is responsible for many sleepless nights due to the fact that I have to finish the story. Anyone who likes murder/mystery/serial killers will enjoy reading this author's books and I would recommend starting from Dead Wrong book 1 as there is an underlining story as you progress through the books.
Read more
One person found this helpful
Helpful
Report abuse

Tracey
5.0 out of 5 stars Dead Guilty
Reviewed in the United Kingdom on 25 July 2020
Verified Purchase
Tom and Ruth have their hands full. A missing child and drugs being distributed are only the start of what proves to be a tricky case.
From the very start of the book Helen H Durrant has written a story which hits the ground running and doesn't stop until the very end. Full of twists and turns Dead Guilty is a brilliant read.
Highly recommended.
Read more
Helpful
Report abuse

derek
5.0 out of 5 stars Not as you expect
Reviewed in the United Kingdom on 27 August 2021
Verified Purchase
I thought I knew the instigator of the murders. However my thoughts changed as we progressed through the excellently written book and I was still wrong. A very good book which I finished in the middle of the night as I could not sleep until I knew who did it.
Read more
Helpful
Report abuse

Ken S
5.0 out of 5 stars Very addictive
Reviewed in the United Kingdom on 18 August 2020
Verified Purchase
The 9th book in the Helen Durrant, Calladine & Bayliss series. Great reading as Calladine struggles to find the head of a drug dealing ring known as ‘Street’. A few twists on the way but eventually Calladine is successful. The only disappointment was that I sussed it out before he did.
Read more
Helpful
Report abuse
See all reviews
Report an issue
Does this item contain inappropriate content?
Report
Do you believe that this item violates a copyright?
Report
Does this item contain quality or formatting issues?
Report