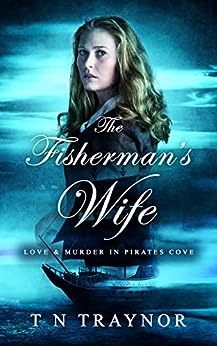 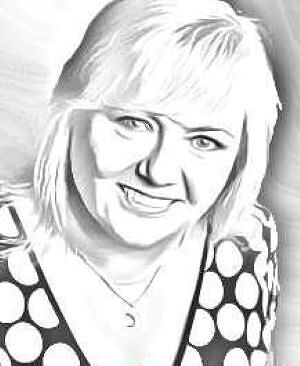 by T N Traynor (Author) Format: Kindle Edition
See all formats and editions
Sorry, there was a problem loading this page. Try again.

‘A diverting historical drama packed full of memorable and often charismatic characters. There's so much to enjoy here including complex characters, strong chemistry - and plenty of adventure! The author´s historical knowledge and her ability to effortlessly slip it into the plot is a bonus too. All in all, this is a satisfying read.’ A Wishing Shelf Review.

1727. A wife with an oppressive husband. A pirate trapped by circumstance. Together they must face their fears and make a break for freedom.

When Connie’s parents died, rather than become homeless she accepted a proposal from a fisherman known for his temper. After seven years of marriage and still childless, she is labeled cursed. Her drunken husband brutally punishes her for her failings and Connie retreats into a world of her own.

Seeking his fortune, Eddie finds himself becoming an unwilling pirate. With no way out of Captain Hawkins’ clutches, he concentrates on amassing funds to one day buy his freedom. A harsh life takes its toll on a gentle spirit, and he begins to lose himself in the bloodthirsty life of a pirate.

A violent tempest throws hope into both their lives when Eddie is shipwrecked in the fishing bay of Bigbury-on-Sea and ends up on Connie’s beach. Will the two of them take their chance at happiness, and if they do, can they outrun the men who want them dead?

The Fisherman's Wife: is a captivating historical romance novel that will also give readers pirate treasure hunting and a thrilling escape adventure.Literary Titan

Growing up with dyslexia I considered myself to be stupid. I had no confidence and when I left school my first job was washing up dishes in a restaurant. I moved on to be a waitress and then a chambermaid.

At the age of forty, I had a part-time job making sandwiches. At this time I got divorced and became a single mum with four lads to bring up on my own. I knew I had to do something to provide for them, so I went back to college to study accounting. Within a few years, I had become a finance manager, and my confidence has grown in buckets-full.

Famous for my scrumptious apricot flap-jacks and my mouth-watering risotto, with a non-existent waistband and graying hair, I am a grandmother extraordinaire! Well not really, but you’ve got to have a dream to have a dream come true. So, I’m a good cook and a chubby Nana who delights in storytelling.

Writing my first book pretty much felt like a miracle to me, that readers are enjoying it is an even bigger miracle. All I can say to you would-be-authors and dreamers out there, success is rarely an accident. Dream, plan, focus, work hard, and most importantly keep a positive attitude.

If you should take the plunge and buy any of my books, then my heartfelt thanks to you for your support, I sincerely hope that you enjoy it. :)

DevonSheffield
5.0 out of 5 stars Gripping - feels very authentic in time and place
Reviewed in the United Kingdom on 26 July 2022
Verified Purchase
The Fisherman’s Wife is a story set in a fishing village visited by pirates. Connie is trapped in a bad marriage, and Eddie wants out of piracy. There’s hits of hidden treasure, ghosts and a race for freedom. I think the author must have done lots of research as everything felt real and believable. Gripping stuff, I hope there’s a book 2.
Read more
Helpful
Report abuse

HelenC
5.0 out of 5 stars An Historical Love Story with a difference.
Reviewed in the United Kingdom on 24 July 2022
Set in the early 18th Century, this book tells the tale of Fishermen & Pirates, and the beaten and downtrodden wife of a fisherman who beats and scolds her. She works hard to keep him fed, but he spends his money and time in the ale house. But when faced with the possibility of a new life and love, she grapples with her conscience daily before deciding which way to go. Just as the path of true love never runs smooth, so her path ahead is not easy, and she is regularly faced with danger.
This is also a tale of survival in a cut-throat world, and the hardships that the poor woman has to endure along the way.
The book is well researched and written, with very well drawn characters and locations that are easy to envisage. I thoroughly enjoyed it, and would recommend it to anyone who enjoys historical reads.

I received an advance review copy for free, and I am leaving this review voluntarily.
Read more
Helpful
Report abuse

Compulsive reader
5.0 out of 5 stars Intriguing and well researched. A very good plot.
Reviewed in the United Kingdom on 16 June 2022
This novel focuses on a woman's desperate need to leave her brutal husband and gain independence. She lives in a village of people who are forced to organise shipwrecks to feed their families in this poor area where they are exploited by the owner of the nets. She helps a shipwrecked pirate who wants to escape his life. Her life changes dramatically as they leave the area and try to make a new life. Danger follows them. Will they find true happiness together? Can she learn to trust a man again? Read to find out.
Read more
Helpful
Report abuse
See all reviews
Report an issue
Does this item contain inappropriate content?
Report
Do you believe that this item violates a copyright?
Report
Does this item contain quality or formatting issues?
Report