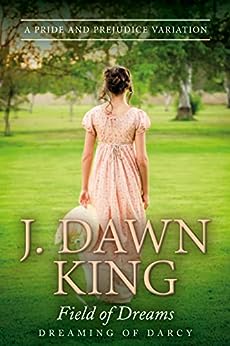 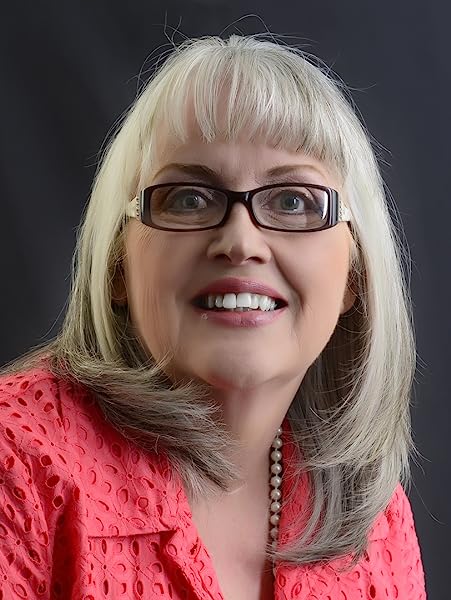 Elizabeth Bennet is in dire straits. Desperate for guidance, she hides her identity as a female before appealing to a knowledgeable and highly recommended gentleman from Derbyshire for advice.

Fitzwilliam Darcy is pleased to aid the young man from Hertfordshire. E.R. Bennet asked reasonable questions in a well-crafted letter. Traveling to the area to stay with a friend, Darcy is eager to make the acquaintance of the despondent landowner.

Neither Miss Elizabeth Bennet nor Mr. Darcy is what the other expected. Both are offended and angry. Can they find their way through rough challenges to achieve their happily ever after? Of course they can. This is Mr. Darcy and his Elizabeth. 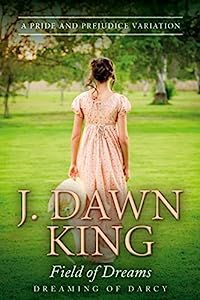 Joy Dawn King, who also writes Mr. Darcy/Elizabeth stories as Christie Capps, fell in love with Jane Austen's writings in 2012 and discovered the world of fan fiction shortly after. Intrigued by the many possibilities, she began developing her own story for Fitzwilliam Darcy and Elizabeth Bennet.

At the time she wrote her first novel, "A Father's Sins", she was living high in the Andes Mountains of South America. Joy loved to take an occasional break from the Latin culture and bury herself in reading English literature about her favorite English characters. Joy, and her husband of 37 years, lived next door to their only child, Jennifer, her husband, and twin grandchildren and is a native Oregonian.

In late 2014 the Kings relocated to Oregon where other stories popped into her head. She is typing as fast as she can to keep up.

Kindle Customer
5.0 out of 5 stars Heartbreaking but beautiful
Reviewed in the United Kingdom on 21 May 2022
Verified Purchase
This is such a different variation so innocent and sad in parts a totally different story I loved it though I was tearing up in parts just love this author
Read more
Helpful
Report abuse

Gill M
5.0 out of 5 stars Wonderful
Reviewed in the United Kingdom on 13 May 2022
When Thomas Bennet is confined to his bed with a lingering but terminal illness, the Longbourn estate is left without management. He has no son to assist him, but a wife and five daughters to fret over. Due to an entail, Longbourn will belong to a distant cousin upon Bennet’s death and the Bennet women will be homeless.

Fortunately, his second eldest daughter, Elizabeth is smart, determined and resilient.
At only twenty, with no education in land management, Elizabeth takes on the care of Longbourn, with not only very little support but having to actively repel the many circling vultures. Family, friends and neighbors all prove themselves faithless, greedy and venal.

Mr Darcy of Pemberley is known to be a trustworthy and capable landowner, who took on the responsibility at a young age.
Elizabeth writes to him as E.R. Bennet, explaining the difficulties being faced and requesting advice. Darcy is happy to assist the young “man” and correspondence follows.

Elizabeth moves forward with more confidence and does well with the estate.
She has always loved the countryside but managing Longbourn, gives her a deep love for the land itself.

Darcy visits Herefordshire with a friend and looks forward to meeting E.R. Bennet in person. When he discovers E.R. is short for Elizabeth Rose, he is furious. He assumes that he has been hoodwinked into corresponding with an unmarried lady, as a way to force a marriage.

Elizabeth is disappointed that the pleasant man who wrote to her, is arrogant and haughty in person.

They find common ground in their mutual love for the land and Darcy proves to be a sterling friend to Elizabeth and her family as Mr Bennet’s end draws near.

This is a wonderful book with strong characters, deep emotions, both love and grief, together with a lyrical appreciation of farming.
I heartily recommend that you read it.

I received a free copy of this book from the author and am voluntarily leaving a review. All views expressed are my own.
Read more
Helpful
Report abuse

Drownedmermaid
5.0 out of 5 stars Beautifully written story of grief, friendship, loyalty and greed!
Reviewed in the United Kingdom on 13 May 2022
Loved this latest book from J Dawn King. Although it pulls on your heartstrings due to the slow demise of Mr. Bennett it is low angst and
ODC are close almost from the beginning of the story.
The description of Elizabeths love of the land is so well done you feel as though you're there living and breathing it too!
Uncle and Aunt Phillips and the Bennett's neighbours are so greedy there is no help or support coming from that quarter.
Darcy is so supportive of Elizabeth, it gave me 'warm fuzzies' and though he starts out a bit of an ogre, he soon realises her worth.
Mrs Bennett loves her husband which I liked and Bingley has a backbone.
This is not a story to 'rattle your cage' but more to give you a warm, tender hug. I loved it and couldn't put it down so read it in one session ... who does housework when you've a J Dawn King book to read? Not I!
I received a free copy of the book from the author without caveats. The views expressed are my own.
Read more
Helpful
Report abuse

Glynis
5.0 out of 5 stars Definitely recommended 🥰🥰
Reviewed in the United Kingdom on 9 May 2022
I loved this! Poor Elizabeth is struggling to keep Longbourn functioning while Mr Bennet is ill. On Mrs Gardiner’s recommendation she writes to Darcy for advice and as she signs herself E. R. Bennet he obviously assumes she’s a young man. When Darcy arrives in Hertfordshire, thanks to the irritating Miss Bingley, he’s annoyed enough to issue his insult. Darcy soon discovers the circumstances at Longbourn and does what he can to help. I really love Darcy in this story, certain other people? not so much! Excellent!
Read more
One person found this helpful
Helpful
Report abuse
See all reviews
Report an issue
Does this item contain inappropriate content?
Report
Do you believe that this item violates a copyright?
Report
Does this item contain quality or formatting issues?
Report