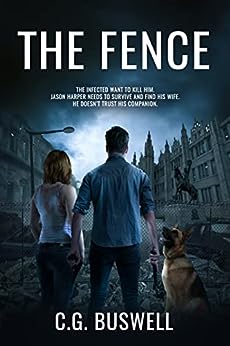 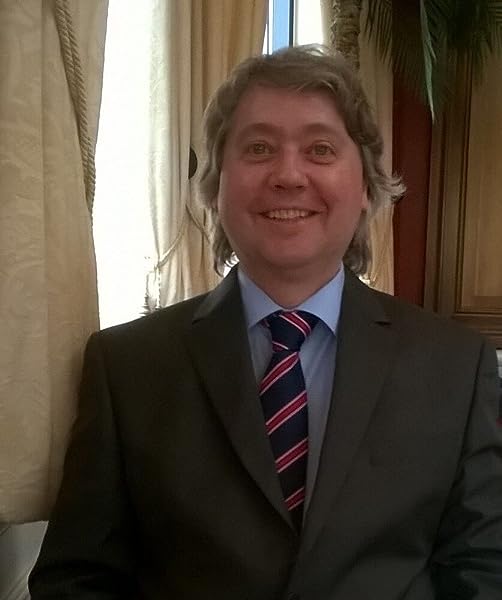 by C.G. Buswell (Author) Format: Kindle Edition
Book 1 of 1: The Fence
See all formats and editions
Sorry, there was a problem loading this page. Try again.
The infected want to kill him. Jason Harper needs to survive and find his wife. He doesn’t trust his companion.

Former Royal Air Force Regiment Gunner Jason Harper witnesses a foreign jet fly over his Aberdeenshire home. It is spilling a strange yellow smoke. Minutes later, his wife, Pippa, telephones him, shouting that she needs him. They then get cut off. He sets straight out, unprepared for the nightmare that unfolds during his journey. Everyone seems to want to kill him.

Along the way, he pairs up with fellow survivor Imogen. But she enjoys killing the living dead far too much. Will she kill Jason in her blood thirst? Or will she hinder his journey through this zombie filled dystopian landscape to find his pregnant wife?

The Fence is the first in this series of post-apocalyptic military survival thrillers from the torturous mind of British horror and science fiction novel writer C.G. Buswell. 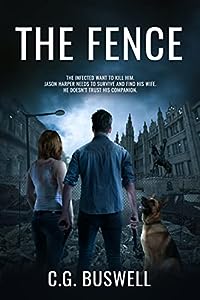 Chris Buswell has a disturbed mind. Sometimes, well, most times, this overspills into his horror and suspenseful novels. They are not for the faint-hearted. If you like character-rich books with a twist, then check below for some suggestions.

The Fence is the first in a new series of post-apocalyptic military survival thrillers from his torturous mind.

Group has a tantalising, ‘Will they, or won’t they?’ storyline. Or buy One Last War at your peril! Surely, no one's neighbour could be that crazy!

C.G. Buswell is a former army Combat Medical Technician and Staff Nurse. During a posting to the Cambridge Military Hospital in Aldershot, he began hearing tales of the Grey Lady ghost. He worked on paediatric, intensive care, casualty, and medical wards there, but never saw her. He’d have broken the basic fitness tests running records if he had! He did, however, store this information away in his troubled mind, and wrote a series of books, in the Scarlet and Grey novels and short stories series, about military ghosts. The first of which was The Grey Lady Ghost of the Cambridge Military Hospital. If you love reading about the Napoleonic Wars, then you’ll love book two, The Drummer Boy, part set in Tidworth.

Chris has cared for many military heroes and the traumas he witnessed during his nursing and emergency care of them in life and death led him to develop military Post Traumatic Stress Disorder. He writes about this too in his books. This form of mindfulness helps keep his demons at bay by inserting them into your Kindle!

Other postings in his career included the Field Surgical team in Belize, Akrotiri in Cyprus, and Haslar Hospital in Gosport.

Chris developed a love for writing during his 10-year service career and has had many articles published in journals like Professional Nurse, Nursing Standard, and the Nursing Times.

Will Thomas
5.0 out of 5 stars Brilliant military apocalyptic novel
Reviewed in the United Kingdom on 27 June 2022
Verified Purchase
I read this novel over 3 nights. The author does a fantastic job with relatable characters, great descriptive detail of the Aberdeen area and a strong storyline to engross oneself in. I am looking forward to the next book in this series. Recommended reading for fans of this genre.
Read more
One person found this helpful
Helpful
Report abuse

Mark Cameron
5.0 out of 5 stars Enjoyed this book
Reviewed in the United Kingdom on 8 July 2022
Verified Purchase
Enjoyed this book. Set in my home city and outskirts it was good to try and locate the streets and shops in my mind. Good characters and now patient awaiting the sequel.
Read more
One person found this helpful
Helpful
Report abuse

Anne Marie Cairns
5.0 out of 5 stars Great Read
Reviewed in the United Kingdom on 29 June 2022
Verified Purchase
This is the first book I have read by this Author. It pulls you in from the first page . I couldn't put It down . Looking forward to seeing what happens next.
Read more
One person found this helpful
Helpful
Report abuse

Kindle Customer
5.0 out of 5 stars Good read
Reviewed in the United Kingdom on 20 June 2022
Verified Purchase
Great Zombie romp set in the NE of Scotland . Looking forward to the further adventures of Jason and Imo .
Read more
One person found this helpful
Helpful
Report abuse

Timothy Harris
5.0 out of 5 stars Love apocalypse uk genre.
Reviewed in the United Kingdom on 10 July 2022
Verified Purchase
Nothing like an apocalypse in the UK and this ticked all the boxes.
An easy going story with a good plot and believable characters.
Read more
Helpful
Report abuse

Gareth
5.0 out of 5 stars Brilliant read
Reviewed in the United Kingdom on 18 June 2022
Verified Purchase
Excellent book well written great plot can not wait for the next !!!!!
Read more
One person found this helpful
Helpful
Report abuse

nick speed
5.0 out of 5 stars very good read
Reviewed in the United Kingdom on 28 May 2022
ive read a lot of zombie books this one didnt dissapoint getting to know there backgrounds as the series goes on will be something i look forward too as i think weve only just scratched beneath the surface so far bring on the fence 2
Read more
3 people found this helpful
Helpful
Report abuse

F. Hendry
5.0 out of 5 stars Great read
Reviewed in the United Kingdom on 28 June 2022
I really enjoyed this book. As an Aberdonian I loved the local knowledge narrated and the local landmarks in the storyline. Looking forward to the next one!
Read more
One person found this helpful
Helpful
Report abuse
See all reviews
Report an issue
Does this item contain inappropriate content?
Report
Do you believe that this item violates a copyright?
Report
Does this item contain quality or formatting issues?
Report