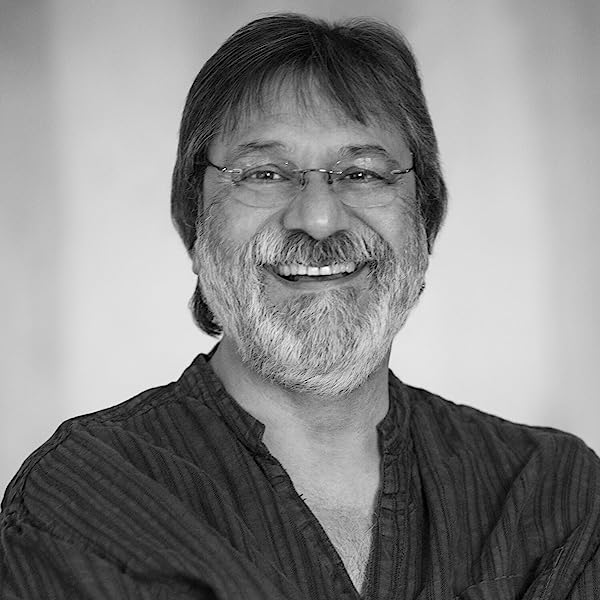 by Johnny Saldana (Author)
4.7 out of 5 stars 367 ratings
See all formats and editions
Sorry, there was a problem loading this page. Try again.
Promotion Message Prime Student members get 10% off. 1 promotion
Note: This item is eligible for FREE Click and Collect without a minimum order subject to availability. Details
Pick up your parcel at a time and place that suits you subject to availability. How to order to an Amazon Pickup Location? Learn more

This invaluable manual from world-renowned expert Johnny Saldaña illuminates the process of qualitative coding and provides clear, insightful guidance for qualitative researchers at all levels. The fourth edition includes a range of updates that build upon the huge success of the previous editions:

It remains the only book that looks specifically at coding qualitative data, as a core but often neglected skill that researchers and students alike need to effectively make sense of their data and to identify patterns, before they can analyse the material.

Saldana presents a range of coding options with advantages and disadvantages to help researchers to choose the most appropriate approach for their project, reinforcing their perspective with real world examples, used to show step-by-step processes and to demonstrate important skills.

This coding manual is the best go-to text for qualitative data analysis, both for a manual approach and for computer-assisted analysis. It offers a range of coding strategies applicable to any research projects, written in accessible language, making this text highly practical as well as theoretically comprehensive. -- Brigitte Smit

With this expanded fourth edition of The Coding Manual for Qualitative Researchers, Saldaña has proved to be an exemplary archivist of the field of qualitative methods, whilst never losing sight of the practical issues involved in inducting new researchers to the variety of coding methods available to them. His text provides great worked examples which build up understanding, skills and confidence around coding for the new researcher, whilst also enhancing established researchers’ grasp of the key principles of coding. -- Margaret Hogg

Johnny Saldaña’s Coding Manual for Qualitative Researchers has been an indispensable resource for students, teachers and practitioners since it was first published in 2009. With its expanded contents, new coding methods and more intuitive structure, the fourth edition deserves a prominent place on every qualitative researcher’s bookshelf. -- Steven A. Harvey

An essential text for qualitative research training and fieldwork. Along with updated examples and applications, Saldaña′s fourth edition introduces multiple new coding methods, solidifying this as the most comprehensive, practical qualitative coding guide on the market today. -- Kait Atkins

This book really is the coding manual for qualitative researchers, both aspiring and seasoned. The text is well-organized and thorough. With several new methods included in the fourth edition, this is an essential reference text for qualitative analysts. -- Erin Cooney

This invaluable manual from world-renowned expert Johnny Saldana illuminates the process of qualitative coding and provides clear, insightful guidance for qualitative researchers at all levels.

Johnny Saldaña is Professor Emeritus from Arizona State University’s (ASU) School of Film, Dance, and Theatre in the Herberger Institute for Design and the Arts, where he taught from 1981 to 2014. He received his BFA in Drama and English Education in 1976, and MFA in Drama Education in 1979 from the University of Texas at Austin.

Saldaña’s methods works have been cited and referenced in more than 16,000 research studies conducted in over 130 countries in disciplines such as K-12 and higher education, medicine and health care, technology and social media, business and economics, government and social services, the fine arts, the social sciences, human development, and communication. He has published a wide range of research articles in journals such as Research in Drama Education, The Qualitative Report, Multicultural Perspectives, Youth Theatre Journal, Journal of Curriculum and Pedagogy, Teaching Theatre, Research Studies in Music Education, Cultural Studies ? Critical Methodologies, the International Journal of Qualitative Methods, the International Review of Qualitative Research,and Qualitative Inquiry, and has contributed several chapters to research methods handbooks. His most popular journal article, “Blue-Collar Qualitative Research: A Rant” (Qualitative Inquiry, 2014), has been downloaded by over 3,000 readers, according to ResearchGate.

Read more
Start reading The Coding Manual for Qualitative Researchers on your Kindle in under a minute.

Johnny Saldaña is Professor Emeritus of Theatre in the Herberger Institute of Design and the Arts' School of Film, Dance, and Theatre at Arizona State University (ASU) where he taught from 1981 to 2014. He has been involved in the field of theatre education as a teacher educator, drama specialist, director, and researcher. His works have been cited in over 21,000 research studies conducted in over 135 countries.

Saldaña has published articles in such journals as Youth Theatre Journal, Stage of the Art, Teaching Theatre, Research in Drama Education, Research Studies in Music Education, Multicultural Perspectives, Journal of Curriculum and Pedagogy, and Qualitative Inquiry. He has also published chapters on research methods for such titles as "Arts-Based Research in Education," "Handbook of the Arts in Qualitative Research," "Handbook of Longitudinal Research," and entries for "The Sage Encyclopedia of Qualitative Research Methods."

Saldaña is a recipient of the 1989 Creative Drama Award from AATE, the 1996, 2001, and 2010 Research Awards from AATE, the 2015 Campton Bell Lifetime Achievement Award, New York University's Swortzell Innovator Award in 2017, the Burlington Resources Foundation Faculty Achievement Award in 1991, the ASU College of the Arts Distinguished Teacher of the Year Award in 1995 and 2008, and the ASU College of the Arts Research Award in 2005. In 2000, 2008, and 2009 he was recognized as a finalist by the ASU Parents Association for Professor of the Year.

Mr. Saldaña received his BFA in Drama and English Education in 1976, and MFA in Drama in 1979 from the University of Texas at Austin. Saldaña has taught at UT-Austin and Washington State University in Pullman. He was born in Austin, Texas, and currently resides in Phoenix. Professional memberships include: the International Association of Qualitative Inquiry, the American Alliance for Theatre & Education, and the American Educational Research Association.

Cath
5.0 out of 5 stars Like gloves for your feet
Reviewed in the United Kingdom on 9 July 2021
Verified Purchase
Wore these for the first time last week and wish that I had done this years ago. Have never actually owned a pair of Skechers before and now believe what everyone says about them. After 18 holes my feet felt as good as when I started. Light, extremely comfortable and worth every penny, and these weren't even the most expensive ones available by some margin.
Read more
One person found this helpful
Helpful
Report abuse

Jane
5.0 out of 5 stars Excellent for research
Reviewed in the United Kingdom on 19 December 2021
Verified Purchase
Using it for PhD work - was recommended to me, really thorough.
Read more
Helpful
Report abuse
See all reviews