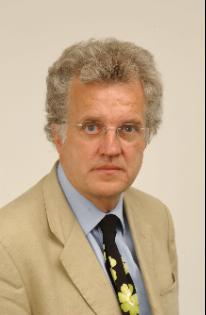 by Christian Wolmar (Author)
4.6 out of 5 stars 42 ratings
#1 Best Seller in Railways History
See all formats and editions
Sorry, there was a problem loading this page. Try again.
Note: This item is eligible for FREE Click and Collect without a minimum order subject to availability. Details
Pick up your parcel at a time and place that suits you subject to availability. How to order to an Amazon Pickup Location? Learn more

You think you know British Rail. But you don't know the whole story.

From its creation after the Second World War, through its fifty-year lifetime, British Rail was an innovative powerhouse that transformed our transport system. Uniting disparate lines into a highly competent organisation - heralding 'The Age of the Train' - and, for a time, providing one of the fastest regular rail services in the world.

Born into post-war austerity, traumatised, impoverished and exploited by a hostile press, the state-owned railway was dismissed as a dinosaur unable to evolve, and swept away by a government hellbent on selling it off.

'Wolmar is the high priest of railway studies' Literary Review

'Our most eminent transport journalist' Spectator

'If the world's railways have a laureate, it is surely Christian Wolmar' Boston Globe

'Christian Wolmar is in love with the railways. He writes constantly and passionately about them. He is their wisest, most detailed historian and a constant prophet of their rebirth . . . if you love the hum of the wheels and of history, then Christian Wolmar is your man' Observer

Wolmar is the high priest of railway studies ― Literary Review

The greatest expert on British trains ― The Guardian

Our most eminent transport journalist ― The Spectator

Acknowledged as one of the UK's leading commentators on transport matters, Christian Wolmar is an award-winning writer and broadcaster specializing in transport, and the author of a series of books on railway history. He is a frequent speaker at conferences, regularly appears on TV and radio, and writes for a wide variety of publications including The Times, The Guardian, The Oldie, and Public Finance. His books include The Great British Railway Disaster (1997), Stagecoach (1999), Down the Tube (2002), The Subterranean Railway (2004), Broken Rails (2001, updated 2005), On the Wrong Line (2005), Fire and Steam (2009), Blood, Iron and Gold (2009), Engines of War (2010), The Great Railway Revolution (2013), and Railways and The Raj (2017). He has been described as "our most eminent transport journalist" by The Spectator and "the greatest expert on British trains" by The Guardian.
Start reading British Rail on your Kindle in under a minute.

Christian Wolmar is a writer and broadcaster, principally on transport matters. He writes regularly for a wide variety of publications including the Independent, Evening Standard and Rail magazine, and appears frequently on TV and radio as a commentator. His previous books include the widely-acclaimed The Subterranean Railway, a history of the London underground and Fire and Steam, a history of how the railways transformed Britain.

JHW
5.0 out of 5 stars Not just one for the railway lovers out there
Reviewed in the United Kingdom on 21 June 2022
Verified Purchase
I bought this book as someone who is fascinated by post-war British history rather than as someone with a love of railways (and British Rail(ways) certainly impacted on the former) so I was concerned the book could come across as dry and technical; I need not have had any worries.

Well-written in a way any layman can understand, it is a fascinating journey through an organisation that clearly means many things to many people, both past and present. There is a strong tendency towards a belief that state-ownership is better than private ownership but that is, of course, the authors’ privilege - others, including me, may disagree on the basis there is good and bad in both. And in fairness the writer is critical of certain aspects of state administration.

If there is one criticism to be made it is that the author’s political beliefs do show themselves at times. It may surprise some out there but people who voted for Brexit did not do so because they were influenced by ‘tales of straight bananas and [the] banning of double-decker buses’ but alas such lazy thinking does appear in the introduction.

But it would be churlish to see that as reasons to mark this book as anything other than five stars out of five. An all-together interesting and informative book and one I would recommend.
Read more
5 people found this helpful
Helpful
Report abuse

Old Sparky
5.0 out of 5 stars Essential reading for Railway Folk
Reviewed in the United Kingdom on 17 June 2022
Verified Purchase
Not finished it yet but a well written account of BR. Essential reading to understand how we got to the current railway. Buries some of the myths of how bad BR was but pulls no punches in criticism.

Douglas Smith
4.0 out of 5 stars Brought a lot of stuff together that over the years I'd forgotten and laid it out for me to see.
Reviewed in the United Kingdom on 26 June 2022
Verified Purchase
One of the few good things about being "a bit old" is to see the sweep of history in your own lifetime and the busy little present day politicians that frankly haven't a clue about railways (add to that most of the press) making the same old assumptions and ignorant comments. It was a timely read as there is a national strike ongoing at the moment. Government ministers should read this book. The British public should read this book. All will become clear how complex British Railways were and still are. We need the railways like we need the NHS. Stop running them both down and using them as political footballs. Christian for PM!
Read more
One person found this helpful
Helpful
Report abuse

Sinbad
5.0 out of 5 stars Excellent
Reviewed in the United Kingdom on 5 August 2022
Verified Purchase
As ever, Wolmar's sharply observed knowledge of the British railways system is seen here in another of his superb books. The historical, pig headed interefsring incompetence of the many government departments surfaces time and again. As ever, a first rate read.
Read more
One person found this helpful
Helpful
Report abuse

P V Dawson
5.0 out of 5 stars Excellent and timely
Reviewed in the United Kingdom on 8 August 2022
Verified Purchase
As yet another iteration of Railway administration is about to start in the form of GBR, this book is a timely overview of what may come to be seen as something of a Golden Age in UK railways.
The usual Wolmar trademarks are here: well researched with a unique style of commentary that enhances the facts.
Thoroughly recommended
Read more
Helpful
Report abuse

A. J. Grice
5.0 out of 5 stars A Good Read!
Reviewed in the United Kingdom on 19 July 2022
Verified Purchase
A very good history of British Rail. It explains in some detail the politics behind some of the decisions made.
Read more
Helpful
Report abuse

MC Coleman
5.0 out of 5 stars We’ll written
Reviewed in the United Kingdom on 25 July 2022
Verified Purchase
I’m always on the lookout for well written histories of the railways, and this fits the bill.
Read more
Helpful
Report abuse
See all reviews