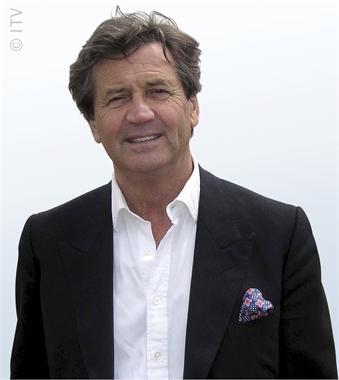 Back in the Day: Melvyn Bragg's deeply affecting, first ever memoir Hardcover – 26 May 2022

by Melvyn Bragg (Author)
4.4 out of 5 stars 81 ratings
See all formats and editions
Sorry, there was a problem loading this page. Try again.
Note: This item is eligible for FREE Click and Collect without a minimum order subject to availability. Details
Pick up your parcel at a time and place that suits you subject to availability. How to order to an Amazon Pickup Location? Learn more

'The best thing he's ever written . . . I loved it' Observer

Melvyn Bragg's first ever memoir - an elegiac, intimate account of growing up in post-war Cumbria, which lyrically evokes a vanished world.

In this captivating memoir, Melvyn Bragg recalls growing up in the Cumbrian market town of Wigton, from his early childhood during the war to the moment he had to decide between staying on or spreading his wings.
This is the tale of a boy who lived in a pub and expected to leave school at fifteen yet won a scholarship to Oxford. Derailed by a severe breakdown when he was thirteen, he developed a passion for reading and study - though that didn't stop him playing in a skiffle band or falling in love.

It is equally the tale of the people and place that formed him. Bragg indelibly portrays his parents and local characters from pub regulars to vicars, teachers and hardmen, and vividly captures the community-spirited northern town - steeped in the old ways but on the cusp of post-war change. A poignant elegy to a vanished era as well as the glories of the Lake District, it illuminates what made him the writer, broadcaster and champion of the arts he is today.

A masterly evocation of his early life in Cumbria . . . Bragg's book, the best thing he's ever written, imbues the overused literary adjective "piercing" with real meaning . . . I can't hope to capture, in the space I have here, this book's extraordinary geography, let alone its strange, inchoate beauty: the way that Bragg, in his struggle fully to explain his meaning, so often hits on something wise and even numinous (when he does, it's as if a bell sounds). All I can say is that I loved it. Somehow - those tears again! - it brought things back to me, and by doing so, it made me remember what's really important in life; how glad I am myself to be tethered to certain people, certain places. -- Rachel Cooke ― Observer

A memoir bursting with affection and gruff love . . . a charming account of a lost era, full of details and often lyrical descriptions of people and places . . . If it sounds idealised, it isn't. Bragg is clear-eyed about the 'harshness under the surface' . . . a fascinating and often moving portrait of a time, a place and a working-class boy who fell in love with words and made a distinguished career out of using them extremely well. -- Christina Patterson ― Sunday Times

A moving portrait of a lost England . . . As a feat of dramatised recollection Back in the Day is remarkable. The Boys' Own scrapes and japes - an apple orchard raid, a gang hideout dug into a river bank - come alive like set pieces from his beloved Jennings. -- Jasper Rees ― Daily Telegraph

Utterly captivating . . . [Bragg] bears his audience in mind, never writing a dull or self-indulgent sentence and thinking about and celebrating other people on every page . . . it's full of rapture and the joy of everything . . . there are darker sides to the story, and they too kept me gripped . . . Bragg is such a persuasive writer, with such clear recall, that he even recreates the excitement of a sixth-form English lesson. I got totally caught up with his falling in love with learning and knowledge.' -- Ysenda Maxtone Graham ― Daily Mail

Wonderfully rich, endearing and unusual . . . a balanced, honest picture . . .The smoky, damp and introverted world in which livestock are still sold in the town centre, and horses are only slowly ceding to motor cars, is brought to life with subtle skill. Wigton's streets become soot-streaked theatre for a huge cast of town characters for whom the author shows a convincing, rather than patronising, affection . . . If any of our current political leaders wants to create a vision that actually makes people want to vote, they could do worse than prescribe this to their MPs as required summer reading. -- Richard Benson ― Mail on Sunday

Beautifully written, lyrical and romantic, touching and tender . . . I enjoyed and admired it all. -- Hunter Davies ― The Oldie

Rawly truthful and engaging . . . There is a blissful absence of cliché in this personal odyssey, which is at the same time a fascinating essay in social history. -- Michael Church ― i

Disarmingly poignant . . . In other hands this tale would easily be the stuff of cliché, except that Bragg fills every memory and anecdote with both meaning and feeling . . . He has written some 40 books and this lovely memoir is surely the most affecting of them all. -- Michael Prodger ― New Statesman

A wonderful memoir . . . a truly great book about what it means to come from somewhere, to be of a culture, to be cultured not in the rarest but the most communal sense. ― Howard Jacobson

He has an amazing memory for detail, but what shines through it all is his love for the place and its people. That makes the book very special. ― Ken Follett

Exquisitely penned . . . a love letter to his youth and to those who peopled it. A book you'll return to again and again. ― Sunday Post

Melvyn Bragg is a broadcasting legend and an accomplished novelist but this is his finest work and an instant classic. It's an affecting and evocative account of his working-class upbringing in the small Cumbrian market town of Wigton and a vivid Cider With Rosie-style portrait of a particular place and time. -- Best Summer Reads ― Mail on Sunday

Melvyn Bragg's first ever memoir - an elegiac, intimate account of growing up in post-war Cumbria, which lyrically evokes a vanished world.

Melvyn Bragg is a writer and broadcaster whose first novel, For Want of a Nail, was published in 1965. His novels since include The Maid of Buttermere, The Soldier's Return, A Son of War, Credo and Now is the Time, which won the Parliamentary Book Award for fiction in 2016. His books have also been awarded the Time/Life Silver Pen Award, the John Llewellyn Rhys Prize and the WHSmith Literary Award, and have been longlisted three times for the Booker Prize (including the Lost Man Booker Prize).

He has also written several works of non-fiction, including The Adventure of English and The Book of Books about the King James Bible.

He lives in London and Cumbria.

Read more
Start reading Back in the Day on your Kindle in under a minute.

Steph
4.0 out of 5 stars Still lives
Reviewed in the United Kingdom on 3 June 2022
Verified Purchase
This is a fascinating account of the town where Bragg grew up, Wigton in Cumbria. It is a slow full exploration of his memories, centred on his parents and the pub they ran. The detail is well worth recording - a way of life marked by a strong connection to local places where everyone is known and their positive qualities recognised. Because Bragg is determined to give all this its full due, to condense nearly 20 years of his own experience and more of his parents' lives into a single picture, the chronology is sometimes confusing. At some points we seem to be going backwards. He also slips into a novelist's voice at times, describing conversations that he wasn't party to and scenes that he didn't witness. But it's moving. Recommended.
Read more
4 people found this helpful
Helpful
Report abuse

michael taylor
5.0 out of 5 stars Beautiful read
Reviewed in the United Kingdom on 17 July 2022
Verified Purchase
A simply stunning account of a life style possibly lost with time beautifully told leaving you wanting to turn and see what happened next to the characters. Treat yourself to thus book
Read more
Helpful
Report abuse

Amazon Customer
5.0 out of 5 stars Cumbrian born and bred too.
Reviewed in the United Kingdom on 30 July 2022
Verified Purchase
I really enjoy his books especially those set in Cumbria.This autobiography was exceptionally interesting. Recommended reading.
Read more
Helpful
Report abuse

John Pearson
5.0 out of 5 stars detailed, personal memoir of childhood and adolescence in a small northern town
Reviewed in the United Kingdom on 21 July 2022
Verified Purchase
See headline. Account had much personal resonance. Easy read from a master.
Read more
Helpful
Report abuse

F.D.Rees
5.0 out of 5 stars Very interesting A good read especially if you know the Lake District
Reviewed in the United Kingdom on 14 July 2022
Verified Purchase
A good read.
Read more
Helpful
Report abuse

Simon Johnston
5.0 out of 5 stars A Poignant Memoir.
Reviewed in the United Kingdom on 25 July 2022
Verified Purchase
A beautifully written memoir that tells all you need to know about life ‘back in the day’. You will not be disappointed.
Read more
Helpful
Report abuse

karen irving
5.0 out of 5 stars An honest tale of cumberland
Reviewed in the United Kingdom on 12 July 2022
Verified Purchase
beautifully written. a moving picture of a life and time gone by. as a fellow cumbrian i can testify to its truth.
Read more
Helpful
Report abuse