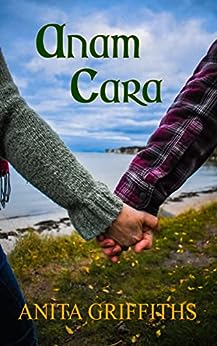 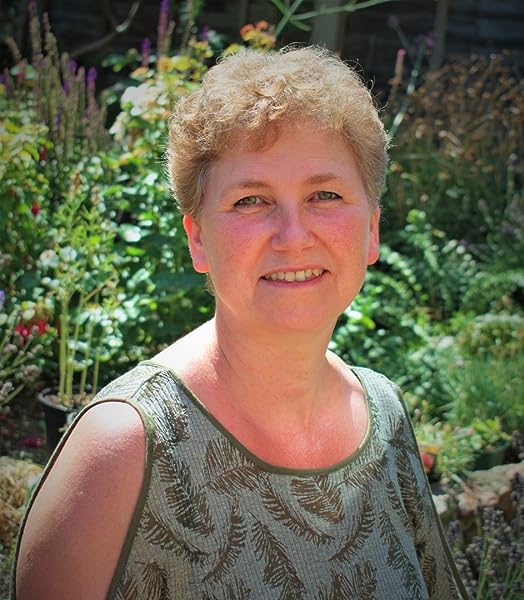 by Anita Griffiths (Author) Format: Kindle Edition
See all formats and editions
Sorry, there was a problem loading this page. Try again.
“You’re my soulmate, my anam cara.”
“But I’m married.”
“I know.”
“Happily married.”

Irish American Brianna thought her marriage and life on the Dorset coast in England was perfect; a doting husband and job she loved, a beautiful home in an idyllic village, and three successful children away at university. And then she met Niall, a photographer from Ireland, just as her steady world was turned upside down, unravelling so fast and leaving her fighting for her life.
Read more
Previous page
Next page

Born in London to a Swedish mother and English father, Anita spent her childhood moving between the two countries. She met her husband when she was eighteen and they laid down roots in sunny Dorset to raise their four children. Anita is proud to be a ‘vintage veggie’; she and her husband gave up meat and dairy over thirty years ago, and raised their family with the same ethics.

With the children now grown and flying the nest, and the family expanding, Anita divides her time between tracing her ancestral roots across Ireland, England and Scandinavia, and writing in her nature filled garden with her cats.

She draws on her own experiences and those of her family and friends for character inspiration and plot lines. She focuses on the ‘what ifs’ in life; on the decisions made in haste or under duress, that have far-reaching consequences down the line. An avid genealogist, she incorporates ancestors names in all of her stories as a nod to their memory.

'Cobbled Streets &amp; Teenage Dreams' is the first in a five part family saga which works backwards, starting in 2017 and ending with the fifth book in 1900. Set in Brockenhurst, Stratford-upon-Avon, York and Haworth, the saga follows four families through love, marriage, deception, celebration, grief and two world wars.

'Zara' is a trio of modern day novelettes, following three women: Zara, Monique and Freya. The stories focus on the pivotal moment that changes their lives, taking them in an unexpected direction, with a feel-good happily ever after.

Anita is a massive music fan and compiles playlists on Spotify as writing inspiration for each of her books. Her other loves are reading, theatre, film, gardening and hiking. She hoards far too much tatt (but only of sentimental value!), collects beautiful books and more recently, David Austin roses.

For more information on Anita, on her writing and books, read her blog on anitagriffiths.blogspot.com, follow her on Instagram anitaegriffiths and Twitter@anitaegriffiths and join her on Facebook @anita.e.griffiths (Anita Griffiths Writer)

Amazon Customer
5.0 out of 5 stars Fantastic book
Reviewed in the United Kingdom on 2 August 2022
Verified Purchase
Yet another fantastic book from the writer Anita Griffiths. Once you start to read it you won’t want to put it down. Would highly recommend a must for any book collection. Brilliantly written as always
Read more
Helpful
Report abuse

Amazon Customer
4.0 out of 5 stars Family Drama
Reviewed in the United Kingdom on 11 June 2022
I enjoyed this book, it is an easy read and kept me wanting to know what would happen next. The author captures images of the Dorset coastline beautifully. It made me want to visit the area again! Some of the characters are too good to be true but we could all do with somebody like Niall in our lives. Especially when the going gets tough.
Read more
Helpful
Report abuse

shaz1968
5.0 out of 5 stars Tears tissues and smiles
Reviewed in the United Kingdom on 26 June 2022
Verified Purchase
I absolutely loved the characters and storyline close to my heart . The in depth knowledge of issues raised and Dorset knowledge too … win win! I am from Dorset and know everywhere mentioned including Poole… here’s to another fantastic read !!
Read more

5.0 out of 5 stars Tears tissues and smiles
By shaz1968 on 26 June 2022
I absolutely loved the characters and storyline close to my heart . The in depth knowledge of issues raised and Dorset knowledge too … win win! I am from Dorset and know everywhere mentioned including Poole… here’s to another fantastic read !!
Images in this review