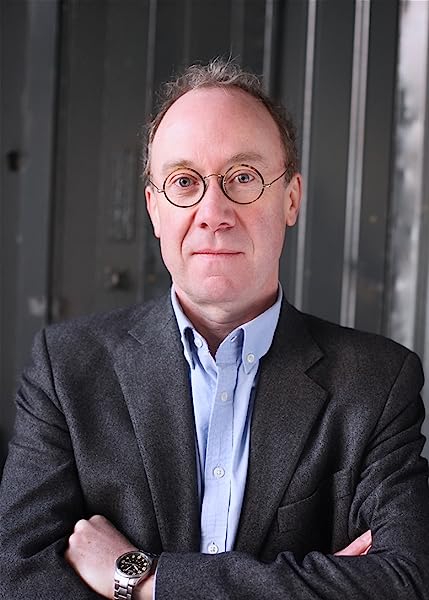 by Ben Macintyre (Author)
4.6 out of 5 stars 2,847 ratings
See all formats and editions
Sorry, there was a problem loading this page. Try again.
Note: This item is eligible for FREE Click and Collect without a minimum order subject to availability. Details
Pick up your parcel at a time and place that suits you subject to availability. How to order to an Amazon Pickup Location? Learn more

From the bestselling author of Operation Mincemeat, now a major film
SHORTLISTED FOR THE COSTA BIOGRAPHY AWARD

'Engrossing as any thriller' Daily Telegraph
'Superb. Meticulously researched, splendidly told, immensely entertaining' John le Carré
'This is the most amazing book, full of fascinating and hair-raising true life adventures ... It would be impossible to recommend it too highly' Mail on Sunday
_______
One December night in 1942, a Nazi parachutist landed in a Cambridgeshire field. His mission: to sabotage the British war effort.

His name was Eddie Chapman, but he would shortly become MI5's Agent Zigzag. Dashing and suave, courageous and unpredictable, Chapman was by turns a traitor, a hero, a villain and a man of conscience. But, as his spymasters and many lovers often wondered, who was the real Eddie Chapman?

This is the most amazing book, full of fascinating and hair-raising true life adventures ... It would be impossible to recommend it too highly ― Mail on Sunday

A fascinating biography of this most astonishing and insouciant of double agents ... incredible ― Sunday Telegraph

Macintyre never misses a delightful, haunting or terrifying detail ... Buy it for dads everywhere but read it too ― Observer

The story of Eddie Chapman is different. In fiction it would be rejected as improbable -- MI5

Chapman makes you think inescapably of a certain 007 ― Sunday Times

As engrossing as any thriller ― Daily Telegraph

If you're looking for a good spy thriller, I definitely recommend this ― Daily Express

Ben Macintyre is a columnist and Associate Editor on The Times. He has worked as the newspaper's correspondent in New York, Paris and Washington. He is the author of nine books including Agent Zigzag, shortlisted for the Costa Biography Award and the Galaxy British Book Award for Biography of the Year 2008, the number 1 bestseller Operation Mincemeat and, most recently, the Richard & Judy Book Club selection, Double Cross. He lives in London with his wife and three children.
Read more
Start reading Agent Zigzag on your Kindle in under a minute.

Ben Macintyre is a writer-at-large for The Times of London and the bestselling author of A Spy Among Friends, Double Cross, Operation Mincemeat, Agent Zigzag, and Rogue Heroes, among other books. Macintyre has also written and presented BBC documentaries of his work.

Matthew H
5.0 out of 5 stars A must read!
Reviewed in the United Kingdom on 4 October 2017
Verified Purchase
Ben Macintyre, a quite superb writer, has a knack of unearthing gems of stories. A previous book, A Foreign Field, told the remarkable tale of four British soldiers given sanctuary in a French village during the First World War after being marooned behind enemy lines. Now he has told the equally remarkable story of Second World War double agent Eddie Chapman.

Chapman, a criminal, sybarite and serial philanderer, found himself on Jersey when the Germans invaded and was transferred to a hellhole of a prison in Paris. The only way out of this benighted existence was to volunteer his services to the Abwehr as a secret agent. Eventually accepted, he was then parachuted into England, where he promptly landed flat on his face and then swiftly handed himself over to the police and volunteered to become a secret agent.

Get the picture? This was a man who first and foremost was driven by self-interest. Yet, as Macintyre makes clear, Chapman was not that simple a character. He developed a genuine affection for his Abwehr controllers. As for his many female conquests, he always professed undying affection, an emotion that was uniformly reciprocated.

Even his British secret service superiors, who, correctly, treated him initially with hostility and suspicion, succumbed to his undoubted charm and ability. Only when he volunteered to assassinate Hitler and go out in a blaze of glory did they curb his patent enthusiasm for espionage. That he was eventually sacked as an agent owed far more to another man's jealousy than to Chapman's failings.

Ben Macintyre tells Chapman's story with panache, affection and tremendous wit. In the course of Agent Zigzag, there are many charming and touching vignettes, none more so than the case of Praetorius, one of Chapman's Abwehr minders. A fan of all things English, but especially folk dancing, Praetorius eventually left the secret service and was appointed dance instructor to the Wehrmacht in the middle of the war. It makes you wonder why it took so long for the Germans to lose.
Read more
33 people found this helpful
Helpful
Report abuse

E Griffith
3.0 out of 5 stars Interesting.....but....
Reviewed in the United Kingdom on 31 May 2021
Verified Purchase
I’ve read several books by this author and they’ve always been fascinating reads. This starts off well too. Chapman was a pretty unpleasant criminal, but obviously a clever and charming one by the way he plays both the German and British secret services against each other and also his many lady friends. There’s no doubt he was an outlandish adventurer, brave even, but there was only one side he was interested in. His own. So in this way he’s not actually a very nice person and despite his derring do it’s difficult to warm to him. Despite a good start the book seems to run out of steam about two thirds through with little left to talk about. This was disappointing as previous books have continued to grip until the end. Nevertheless an interesting read about a character I knew nothing about during the dark days of the war.
Read more
2 people found this helpful
Helpful
Report abuse

Corby
5.0 out of 5 stars The real 007...
Reviewed in the United Kingdom on 24 May 2021
Verified Purchase
A story based on real life,hard to belive watched the movie Triple cross starring Christopher Plummer and was so amazed that I got this book it was based on the real life of Eddie Chapman and was fact based, a story of a man who broke into houses and safes and ended up in prison,who then became a double agent working for Germany and Britain during the second world war.You start to realise where the idea for James Bond concept came from and was based on. Like Bond Chapman had nerves of steel and a eye for beautiful ladies as well as almost being found out a few times he still returned to carry out his missions,his final mission to help divert rockets aimed at London, amazing read.
Read more
2 people found this helpful
Helpful
Report abuse

Vicuña
TOP 100 REVIEWERVINE VOICE
5.0 out of 5 stars Reads like a thriller. Fast paced and filled with compelling characters
Reviewed in the United Kingdom on 5 August 2017
Verified Purchase
Ben Macintyre's real life account of spy, Eddie Chapman, reads like a thriller. Although packed with fact, the text is gripping and I was keen to know what happened next.

Source material is annotated and accessible and there's a veracity to the content which makes the story an exciting and relevant read. This book links well with others by the author, who writes with authority about espionage and duplicity in WWII. Chapman was a no mark crook who d beloved a taste for the high life. There's a strange naivety about the way in which disaffected individuals were 'turned'. Macintyre explores the way in which Chapman reached a position where he was content to maybe betray his country. But he also explores other possibility and the reader is left to judge the truth. Informed, intelligent, compelling and written with verve and a real sense of adventure.
Read more
7 people found this helpful
Helpful
Report abuse

David Welford
5.0 out of 5 stars Amazing Spy Story
Reviewed in the United Kingdom on 24 May 2020
Verified Purchase
A friend recommend me to watch on I-player BBC Timewatch prog on Eddie Chapman with Ben Macintyre the Author of the book. At present it is available until 5th June 20 but no doubt it will be repeated , do watch it so see the interview with the real Eddie. So fascinated by this incredible true story I bought the book. I found it one of those books that is hard to put down and I read it in two days. As others have said its better than any fictional Spy Story...I doubt any Author could dream up such a complex plot line. Most exciting book I've read in a longtime.
The film of Eddie's exploits 'Triple Cross' was shown last Sept on BBC TV keep an eye out for repeat showings.
Read more
Helpful
Report abuse
See all reviews